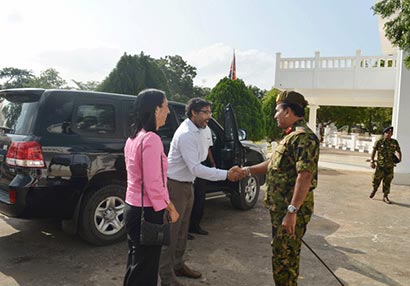 “The delegation was briefed on present situation in Jaffna in terms of security, economic development, rehabilitation and resettlement and social harmony during the meeting,” the Army said.

Speaking during the discussion, Maj.Gen.Hathurusinghe told the delegation that the Army has reduced the strength of troops in Jaffna in large numbers since 2009.

“Army does not involve in civil administration at all and the government mechanism similar to the South is very much in place with all responsibilities discharged by them. With regard to the Army, plans are under way to reduce more troops in consultation with higher Headquarters in the near future”, the SF Commander explained.

Commenting on de-mining and resettlement in the peninsula, Maj. Gen. Hathurusinghe said less that 3% of the land is yet to be de-mined. It was further said that many blocks of lands, though months have passed after they were de-mined and released, are still not resettled since their owners presently living overseas do not want to return.

The 10 member delegation comprising US Ambassador in Colombo Ms Michele J Sison, Deputy Assistant Secretary of Defence for South and South Asia Wikram Singh, Deputy Assistant Secretary of State in the Bureau of Democracy, Human Rights and Labour Ms. Jane B. Zinnerman and other diplomatic Officials later visited several places in the Jaffna peninsula before departure for Colombo, the army added. 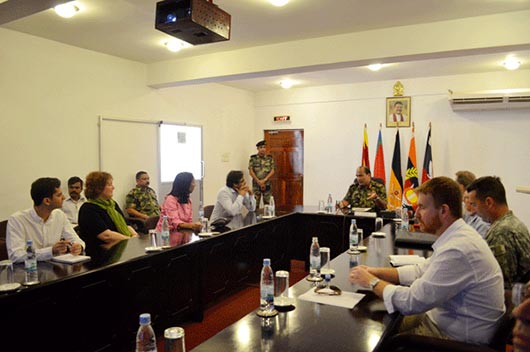