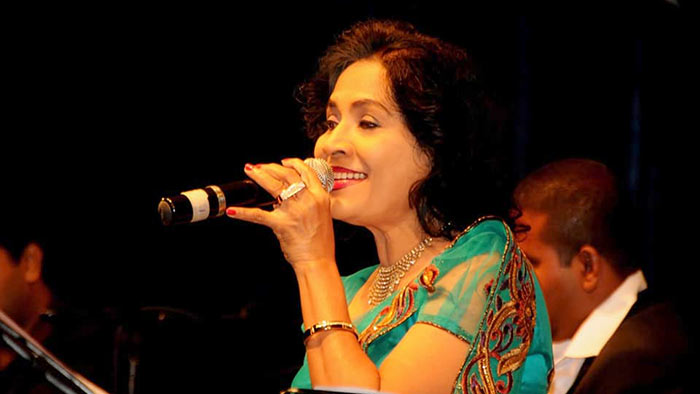 Veteran Sri Lankan singer and musician Neela Wickramasinghe has passed away at the age of 71.

She has reportedly passed away in the city of Milan, Italy.

Wickramasinghe was recently appointed as the Consul General of Sri Lanka in Milan.

She also sang ‘Master Sir’ which was originally sung by Nevile Fernando in the movie Kalu Diyadahara directed by late Manik Sandrasagara.