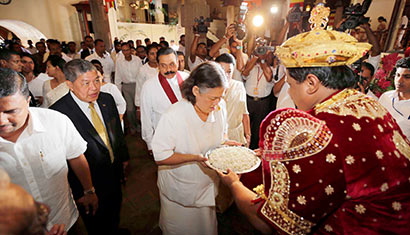 The visiting princesses of Japan and Thailand paid homage to Sri Dalada Maligawa (Temple of the Tooth) in Kandy this afternoon (20) on Nikini Full Moon Poya Day.

Princess Tsuguko of Takamado of the Japanese Royal Family and the Princess Maha Chakri Sirindhorn of Thailand met President Mahinda Rajapaksa prior to their visit to the Maligawa. Two separate meetings took place at the President’s House in Kandy. Just after the discussions the President and the First Lady Shiranthi Rajapaksa accompanied two Royals separately to pay homage to the most venerated temple in the Buddhist world. The two Royals were warmly welcomed by the Diyawadana Nilame of the Sri Dalada Maligawa Nilanga Dela.

Princess Tsuguko of Takamado and Princess Maha Chakri Sirindhorn will have the opportunity to attend the final Randoli Perahera of the Sri Dalada Esala Maha Perahera tonight. The President will host two separate banquets at the President’s House in Kandy in the honour of two Royals Princesses.

Thai Princess Maha Chakri Sirindhorn arrived in Sri Lanka Monday on a four-day visit at the invitation of Sri Lankan President Mahinda Rajapaksa. Her visit comes at a historic time when the two countries are celebrating the 260th anniversary of the establishment of the Siam Maha Nikaya in Sri Lanka, the Bureau of the Thai Royal Household said.

During her visit to the island, Princess Sirindhorn will visit several religious, historical and cultural importance sites around the country. She is scheduled to visit the National Museum while she will also visit sites in Polonnaruwa, Anuradhapura, Sigiriya, Peradeniya Botanical garden and Nuwara Eliya areas.

Pictures are seen here Princess Maha Chakri Sirindhorn of Thailand and Japanese Princess Tsuguko of Takamado respectively at the Temple of the Tooth today on Nikini Full Moon Poya Day. 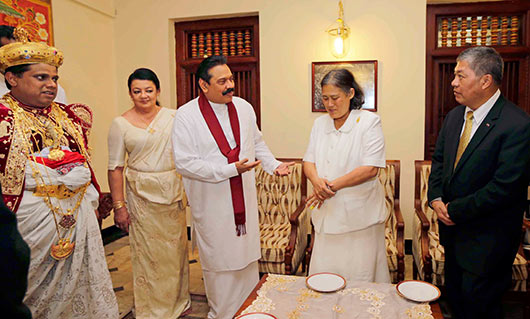 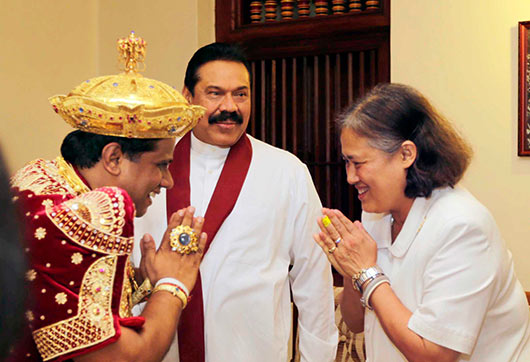 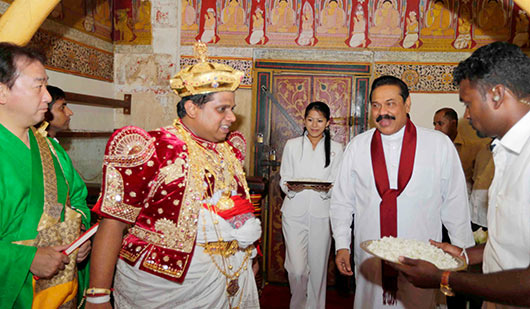 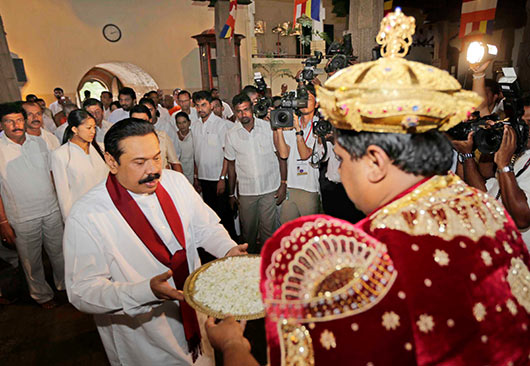 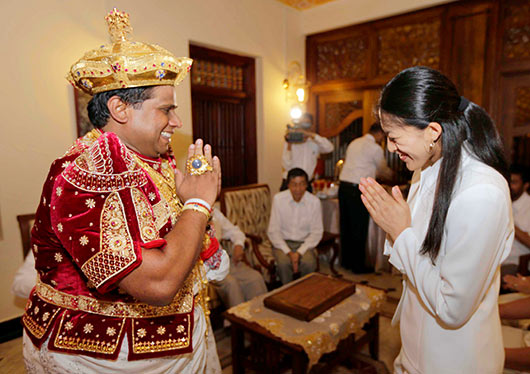