Wanindu Hasaranga climbs to No.1 on ICC bowling rankings 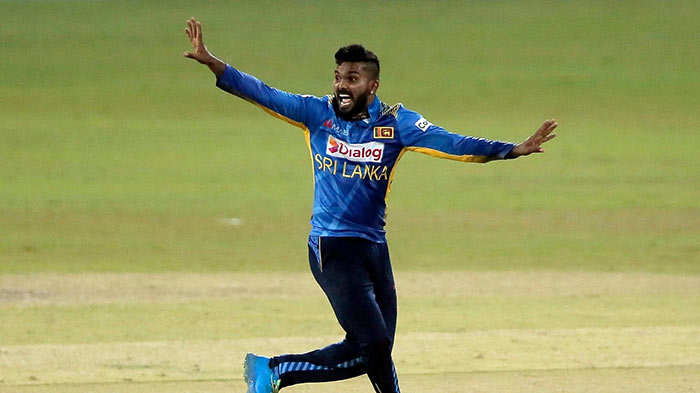 Sri Lanka’s Wanindu Hasaranga has climbed to the No.1 spot on the ICC Men’s T20I bowling rankings, for the first time in his career.

He has an economy of just 5.26 in the tournament.

Other big movers include South Africa’s Anrich Nortje up 18 spots to 7th, teammate Dwaine Pretorius up 65 spots to 34th and Shoriful Islam of Bangladesh, leaping 77 places to 38th.

The closest rival to Hasaranga’s tournament-leading haul is Shakib Al Hasan, who will miss the rest of the tournament through injury.

For now, Shakib still sits atop in the all-rounder rankings, though shares the spot on the podium with Afghanistan’s Mohammad Nabi.

Hasaranga, also making contributions with the bat, has climbed to fourth.

Meanwhile, Pakistan captain Babar Azam has climbed to the No.1 spot on the ICC Men’s T20I batting rankings.

Azam has played a pivotal role in Pakistan’s T20 World Cup charge, making 198 runs across four innings, averaging 66 at a strike rate of 124.52.

Pakistan have made the ideal start to the tournament, winning their first four matches in style with Babar at the helm.

Elsewhere in the batting rankings, Jos Buttler made a jump of eight spots to 9th off the back of his 214 runs in UAE – the most across the tournament.

Australia’s Aaron Finch has moved up three places to third.

2 Responses to Wanindu Hasaranga climbs to No.1 on ICC bowling rankings

Home » Wanindu Hasaranga climbs to No.1 on ICC bowling rankings