War heroes will even be looked after retirement: President 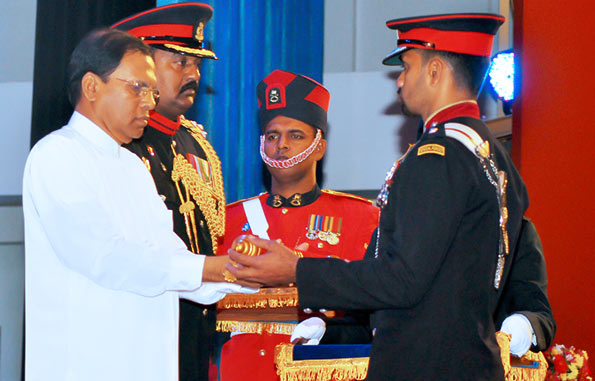 Measures would be taken to rectify without delay the salary anomalies of war heroes who became differently abled during the war against terrorism, President Maithripala Sirisena promised yesterday.

He said that the Government had taken a policy decision to continue paying the monthly salary for the differently abled war heroes even after their retirement. He was speaking at the Gallantry Awards 2016 where the Parama Weera Vibushanaya, Weerodara Vibushanaya, Weera Wickrema Vibushanaya, Rana Wickrema Padakkama and Rana Sura Padakkama were awarded to the officers and other ranks of the Armed Forces at the BMICH yesterday.

The President said that he was saddened to witness some persons with vested political interests using the differently abled soldiers to their advantage.

He promised that the government would look after the needs of all the differently abled war heroes.

1 Response to War heroes will even be looked after retirement: President

Home » War heroes will even be looked after retirement: President