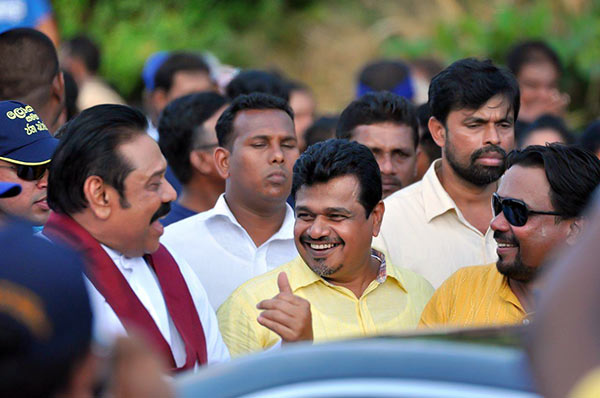 Deputy Leader of the NFF and Parliamentarian Weerakumara Dissanayake said yesterday that he was oppose to the view held by NFF leader Wimal Weerawansa that the Sri Lanka Freedom Party (SLFP) should be divided. “If we allow that to happen United National Party (UNP) leader Ranil Wickremesinghe would emerge as the executive President in 2020” he said.

Earlier the National Organizer of the NFF Piyasiri Wijenayaka, General Secretary Priyanjan Vitharana and former Parliamentarian Jayantha Wijesekara had parted ways with Weerawansa’s leadership in a short period of about two months.

Although Mr. Vitharana’s resignation as the General Secretary of the party was attributed to health reasons, sources said that he had serious differences with his leader..

Addressing a news conference held at his office in Anuradhapura, Dissanayake stated that he was concerned about the unity of the SLFP since if the SLFP is divided it would create chaos in the country and pave the way for Ranil Wickremesinghe to come to power.

“I am not worried of being a member of any party. What I am concerned about is to establish justice in the country. Hence, Maithri and Mahinda Rajapaksa should work hand in hand so that the SLFP would be protected, he added.

My political future as a member of the National Freedom Front (NFF) would depend on how the decisions would be taken in the party in future, MP Weerakumara Dissanayake said yesterday.