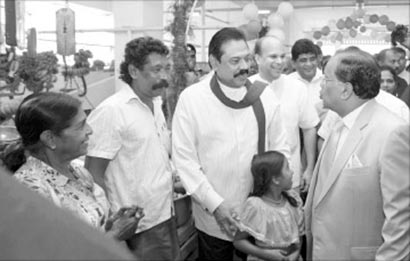 President Mahinda Rajapaksa opened the Wellawatte Municipal market complex and the first four-storeyed car park yesterday morning. The market complex is equipped with 83 stalls, of which 53 are for vegetables and fruits and 21 for fish and meat stalls. The car park can accommodate 95 vehicles at a time.

The entire project had cost Rs 240 million, a press release by the President’s Media Division said. A special memento was presented to the President by members of the Wellawatte Public Market United Traders Association after the opening ceremony.