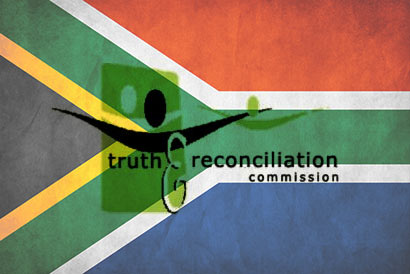 There appears to be a growing momentum to push Sri Lanka’s leaders to think that it can save its skin once again by committing itself to yet another Commission. This time it is to follow the model of South Africa’s Truth and Reconciliation. While Sri Lanka suffered 30 years of terrorism South Africa suffered from apartheid where a handful of whites ruled over the indigenous blacks. Contrary to the policy of apartheid itself and despite the country’s greatest hero late Nelson Mandela himself spending most of his life in prison, the bulk of murders committed in South Africa were not by whites but by members of Mandela’s own party the African National Congress. It is the guilt of these crimes of both parties that found compromise in agreeing to the Church-amnesty system found in the South African TRC model of all to be forgiven for confessions – we now question how far the model has any relevance to us and why we should even consider following it when the South African Commission itself revealed in 1999 that it had failed.

It was in April 2013 that the head of South Africa’s Truth and Reconciliation Commission declared that “South African society is now more violent than it was under apartheid.” … “Very simply, we have become one of the most violent societies. That is not what we were even under apartheid, but we are now.”  – so said Desmond Tutu.

The question now is how different or how safe is South Africa for both Blacks and Whites after apartheid? In a population of 42million people of which the Whites comprise just 8% an average of 59 murders, 145 rapes and 752 serious assaults takes place on a daily basis. 12% of South Africans are HIV positive cases.

Max Coleman’s (member of the Human Rights Committee) authoritative analysis ‘a crime against humanity; analyzing repression of the Apartheid State’ claims that 21,000 deaths occurred due to political violence from 1948 to 1994 but 14,000 died during the transition process from 1990-1994. His book lists incidents, dates and those involved yet 92% of the deaths have been Africans killing Africans (inter-tribal battles). Thus 8580 of the 9325 deaths between Jun 1990 to Jul 1993 were by Africans killing themselves. The South African Security forces are accused of 518 deaths.

The HRC submitted its apartheid repression book to the South African TRC with statistics that detailed 80,000 detentions without trial for 3 years, detention of 10,000 women and 15,000 children under 18 years, 73 deaths in detention and 7000 political deaths between 1948 and 1989 including 46 massacres.

Albert Brenner in his ‘How evil was apartheid’ questions how evil can be measured and judged. He asks if the Universal Declaration of Human Rights is the final arbiter of evil how it could judge who was more evil – Zimbabwe, China or Saudi Arabia in the light of the West accusing these nations of rights violations but having ties with them irrespective. In so saying Brenner goes on to say that fewer than 2000 people were deliberately killed by security forces in South Africa during the 42 years of apartheid. (This is contentious because white rulers would not have recorded all deaths). The total deaths during apartheid is said to be 20,000 of which he too says the majority were black-on-black deaths. What Brenner is doing is to question the 4million genocide figure.

He thus questions apartheids 2000 death in 42 years against the 2million killed by Pol Pot and 1million killed in Rwanda within 3 months.

Many in South Africa believe it should not have had a Truth and Reconciliation Commission or Convention for a Democratic South Africa (CODESA) because they were merely political necessities only.

TRC reconciliation was not through punishment for crimes committed or examination of the systematic oppression. The oppressed subject to systematic violence was never addressed. Even in Sri Lanka’s case the injustice to ordinary civilians by the LTTE must take precedence over civilians who had been injured while taking part in combat operations for the LTTE whether voluntary or by force.

South Africa’s TRC did not hold hearings on land issues, education systems, migrant labor system, the role of companies that collaborated with and profited from apartheid either.

In the case of Sri Lanka for 30 years it was Terrorism that prevailed. Terrorists killed, destroyed property and assassinated. If we are talking about punishment and reparations how are civilians victims of LTTE terror to be compensated or can LTTE leaders/cadres/supporters and fundsters get away by simply confession? Who in the LTTE will accept accountability for the crimes committed and what is the mechanism to be applied to compensate people whose lives the LTTE nullified and those who remain injured. Just because it suits a handful to claim success of a political settlement how can they deny justice for these unnecessary deaths for these people were targeted victims and had nothing whatsoever to for the LTTE to take away their lives?

South Africa’s CODESA was focused on restoring political rights but completely ignored economic power and ownership changes and inequality remains rife as economic power remains concentrated in white hands. The Stock Exchange is held by only 10% of blacks, less than 10% lands have been transferred back to black hands. It is said that to transfer 30% of lands to blacks a further 30 years would transpire.

If South Africa has found little or no ‘TRUTH’ in its Commission and hopes that ‘some truth’ is better than no Truth is Sri Lanka for want of representatives with the ability, competency and country loyalty to argue our case are ready to pick every straw being dangled masquerading as relief under the false belief that provides relief and buys time to the leaders who are being threatened to be charged for war crimes?

Racial segregation, sanctioned by law, was widely practiced in South Africa before 1948. There is absolutely nothing that Tamils can produce giving sufficient evidence that Tamils are segregated from governance legislatively and constitutionally.

Mistake 1: Not realizing that the objective of the multipronged attack on Sri Lanka is to create a regime change – all issues being raised are camouflages with a dual purpose of eventually cornering the Government and weakening the Sri Lankan state by diluting the powers held by the majority populace and getting the Government to clip the wings of the majority themselves.

Mistake 2: To think that adapting or adopting Commissions of nations like South Africa will provide relief to the Sri Lankan leaders targeted for regime change – these Commissions are eventually directed at committing the Sri Lankan Government to legislatively take away the powers of the majority populace and reduce it to a pariah state. There is no guarantee that the confession system based on the Church in exchange for amnesty that the Commission propagates will not be used by the international court at a later date for war crimes. Even though countries have not signed the Rome Statue the ICC will always devise ways in which to maneuver non-signatory nations for trial.

Mistake 3: Continuing to rely on the same set of unpatriotic proven disloyal representatives taken through the back door to steer Sri Lanka’s foreign policy. Academic qualifications have not given any reprieve to Sri Lanka’s leadership or to the country except to have them make promises to world leaders and word country legislature that have been detrimental to Sri Lanka.

What we need to be made public above all else is to know the reasons for LTTE to emerge, those that gave arms and trained LTTE youth and turned them into armed militants, the nations, institutes and others whether local or international who indirectly and directly supported the LTTE. They are directly responsible for every civilian death and these deaths supersede that of demanding accountability for the last stage of a war given that war was declared only after LTTE refused to lay down arms and surrender and claimed that the civilians were with them voluntarily.

It is now time that the people of Sri Lanka make public that they do not need any more bogus Commissions but to know the truth about LTTE terror and all those who helped and supported LTTE over the years. It is their names and details that must be made public and criminal charges pressed against them.