Why are our children disgracing the country by joining the anti-Sri Lanka lobbies? 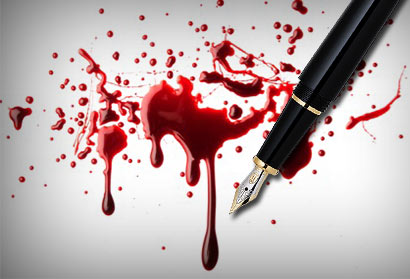 It saddens me to see how many of our children who are now grown up men and women holding important posts opt to take the path of ridiculing the nation that they were born in, the nation they grew up and a nation that holds good and bad memories for their parents and loved ones. Having differences of opinion with the government does not necessitate a person to join a chorus of people that are out to destabilize a nation. That is downright immoral and a folly that should cease forthwith.

It saddens me greatly to hear people write and speak in such hateful ways of our country, create lies, make up reports that are filled with baseless allegations and do everything in their power to distribute these all over the world in a tarnishing campaign that makes them no better than the known enemy. In my eyes these people are far worse than the enemy.

If they so hate Sri Lanka, abhor the leaders and disagree with everything in the country why do they remain to live in agony in Sri Lanka?

I am sure the very nations that fund their hate campaigns will give them residency in their nations. Our country would be a better place without them poisoning the air we breathe. What lessons are they teaching their own children in the manner they behave? No child wishes to have a traitor as a parent!

No Government can give every citizen what he/she desires. Third World Governments function within tremendous pressures. They don’t make things easier by their own selfish and corrupt ways but a closer look at the politicians of present day – we can conclude that all of them are no different and certainly no better. There are no statesmen of the caliber we remember. We have only opportunist politicians in government and opportunist opposition politicians. They divide power between them and fool the masses between them. That formula never changes and we are fools if we believe otherwise.

I do not wish to name and shame the men and women who are working to embarrass our nation but the people who are openly ridiculing our nation will enter everyone’s minds without much difficulty – do they not know that the people are aware of their traitorous ways. Are they so hallucinated by the fact that they are doing right in criticizing the nation and openly mocking our country that they think themselves as heroes and heroines? Just because they are getting foreign accolades for doing so?

I believe this is what they believe because there are a set of people who do not hesitate to spur them on in the path they take.

Sadly our children are all employed and given very handsome remunerations to ridicule Sri Lanka and that makes me very sad because that is not how we should bring up our future.

I feel very sorry for the option they have taken in becoming traitors to the nation….they can use their talents better.

3 Responses to Why are our children disgracing the country by joining the anti-Sri Lanka lobbies?

Home » Why are our children disgracing the country by joining the anti-Sri Lanka lobbies?