Why is there NO Resolutions against the US? 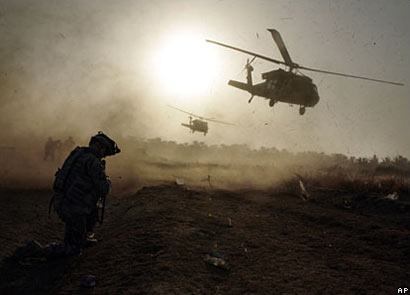 It was a child who eventually pointed out that the Emperor was without clothes as he proudly paraded the streets naked fooled by all his advisors who were too afraid to tell him the truth. Similarly, that Emperor is the US inclusive of the NATO allies parading round the world preaching human rights and freedoms when it stands naked about its crimes committed without shame and with impunity and not a single UN Resolution has been brought against US or NATO allies for their bullying ways.

USA and NATO have violated a number of international laws.

Article 2(4): prohibition of use of force

–  against the territorial integrity or;

–  political independence of any state or;

–  in any other manner inconsistent with the Purposes of the UN

§  Forcible intervention in another state is prohibited in international law under Article 2(4) of the United Nations Charter which states:

§  “All Members shall refrain in their international relations from the threat or use of force against the territorial integrity or political independence of any state, or in any other manner inconsistent with the Purposes of the United Nations”.

§  “All members shall refrain in their international relations from the threat or use of force against the territorial integrity or political independence of any state, or in any other manner inconsistent with the purposes of the United Nations”. This rule was “enshrined in the United Nations Charter in 1945 for a good reason: to prevent states from using force as they felt so inclined”, said Louise Doswald-Beck, Secretary-General International Commission of Jurists in 2003.

§  The Preamble to the Charter declares that the “armed force shall not be used, save in the common interest…” Article 51 preserves the “right of individual or collective self defence if an armed attack occurs…”.

§  The Declaration states “No State or group of States has the right to intervene, directly or indirectly, for any reason whatever, in the internal or external affairs of any other State. Consequently, armed intervention and all against its political, economic and cultural elements, are in violation of international law.”

§  In 2003 the UN Security Council passed Resolution 1441 which authorized “use of force” claiming Iraq’s noncompliance on WMDs (and we know what a farce that is now). These Resolutions have been used for Yugoslavia, Somalia, Sierra Leone on the ground of humanitarian interventions.

§  It is a violation of Article 33 of the UN Charter, which states that the parties to any dispute shall, first of all, seek a solution by negotiation, enquiry, mediation, conciliation, or other peaceful means of their choice. NATO and the US never explored non-military means.

§  It is a violation of Article 37 of the UN Charter, that states that, should the parties to a dispute of the nature referred to in the Article 33 fail to settle it by the means indicated in that Article, they shall refer it to the Security Council. NATO tried by all means to avoid the Security Council before, during and after the aggression.

§  It is a violation of Article 39 of the UN Charter that states that the Security Council (not NATO, or any other alliance or individual state) shall determine the existence of any threat to peace, breach of peace, or act of aggression and shall make recommendations, or decide what measures shall be taken.

§  It is a violation of Article 41 of the UN Charter that states that the Security Council may decide what measures not involving the use of armed force are to be employed to give effect to its decisions, and it may call upon the Members of the UN to apply such measures. The Security Council did do that.

§  It is a violation of Article 42 of the UN Charter that states that the Security Council is the only body that can consider operations by air, sea, or land forces of Members of the UN.

§  It is a violation of Article 51 of the UN Charter that protects the civilian population.

§  It is a violation of Article 79 of the UN Charter that protects journalists.

§  It is a violation of Articles 1 and 7 of the NATO’s own Charter that claim it is a defensive organization and is only committed to force if one or more of its members are attacked. They also claim the Treaty’s consistency with the UN Charter. No member of NATO was attacked. NATO ignored the UN Charter.

§  The so-called Rambouillet “Agreement” written and put out by NATO (and which Yugoslavia did not sign) is a violation of Articles 51 and 52 of the 1980 Vienna Convention on the Law of Treaties which forbids coercion and force to compel any state to sign a treaty or agreement. Not only that the “Agreement” was purposely written in such a way as to “invite rejection” by Yugoslavia, but Yugoslavia was asked to sign the Rambouillet “Agreement” under threat of bombing which was realized by two and a half months of savage aggression.

§  The Rambouillet “Agreement” is a violation of the Helsinki Accords Final Act of 1975 which guarantees the territorial frontiers of the states of Europe.

§  NATO violated the Convention on the Prohibition of the Use, Stockpiling, Production and Transfer of Anti-Personnel Mines and on Their Destruction from 1997. It is worth noting that the US is the only country in the world, together with Turkey – a NATO member, that refused to ratify this Convention. (see “Illegal Weapons”)

§  NATO violated the UN Resolution from 1996 that condemns the use of Depleted Uranium. (See “Illegal Weapons”)

§  It violated the 1976 Convention on the Prohibition of Military or Other Hostile Use of Environmental Modification Techniques, and the 1977 Protocol I Additional to the Geneva Conventions which states that care shall be taken in warfare to protect the natural environment against widespread, long-term and severe damage, and prohibits the use of methods or means of warfare which are intended or may be expected to cause such damage to the natural environment and thereby to prejudice the health or survival of the population. NATO also violated the Vienna Convention for the Protection of the Ozone Layer, the Montreal Protocol on Substances that Deplete the Ozone Layer, and the UN Framework Convention on Climate Change.(See “Destruction of Environment,” “Destruction of Agriculture”)

§  NATO violated the Convention on the Cooperation in the Field of the Protection and Sustainable use of the Danube River. (See “Destruction of Environment”)

§  It violated the Convention on the Protection and Use of Transboundary Waters and International Lakes. (See “Destruction of Environment”)

§  It violated the Barcelona Convention on the Protection of the Mediterranean Sea against the Pollution. (See “Destruction of Environment”)

§  It violated the Convention on Transboundary Pollution of Atmosphere. (See “Destruction of Environment”)

§  It violated the Ramsar Convention, a treaty providing a framework for international cooperation for the preservation and wise use of wetland ecosystems. (See “Destruction of Environment”)

§  It violated the Convention on the Conservation of European Wildlife and Natural Habitats. (See “Destruction of Environment”)

§  It violated the Convention on Conservation of Migratory Species of Wild Animals. (See “Destruction of Environment”)

§  It violated the Basel Convention on Transboundary Movements of Hazardous Wastes and their Disposal. (See “Destruction of Environment”)

§  NATO violated the Convention on Bacteriological (Biological) and Toxic Weapons, and on their Destruction. (See “Destruction of Environment”)

§  It violated the 1954 Hague Convention for the Protection of Cultural Property in the Event of Armed Conflict, which the US failed to ratify. (See “Destruction of Cultural and Historical Sites”)

§  It violated the 1972 UNESCO Convention Concerning the Protection of World Culture and Natural Heritage. (See “Destruction of Cultural and Historical sites,” “Destruction of Environment”)

§  NATO violated a substantial part of the Nuremberg Judgments, directed at Nazi war criminals, which held that the ultimate crime in international law, the ultimate war crime – which carries with it every crime that may be committed in the war – is launching an unprovoked attack upon another state.

§  Germany made a double violation of its constitution – not only did it not proclaim the war, but it ignored a very clear clause which forbids the country to engage in a military action outside of its borders. After 50 years, Germany ended its military silence.

§  The US also failed to respect its Constitution. It ignored Article 1, Section 8, Clause 11, which requires the Congress to approve a military action of the US Army outside of the country’s borders. When the US President went to war (never proclaimed or approved) without consulting with the joint chiefs, he violated Article 2, Section 2, Clause 1. The US violated the War Powers Act from 1974, which says that the President of the US must pull out the US Army troops from a military conflict outside of the US after 60 days, unless the Congress votes differently. The US troops stayed two and a half months in the conflict. Congress never voted. By trying to conspire and/or engage in assassinating the leaders of Yugoslav Government, the US Government violated Executive Order 12333.

§  By putting the mainstream electronic and other media in the service of war, to protect the Government’s interests and the interests of the multinational capital, by openly demonizing the Yugoslavs, who never had a chance to redress their grievances – in public or in the courts, and by never allowing the “public discussion” to go beyond the very carefully drawn borders of acceptable descent, the US government violated the First Amendment of the Constitution. By bombing the Radio-Television of Serbia (RTS) – its transmitters, but also its buildings that housed hundreds of Yugoslav and foreign journalists, and by illegally putting it off air on the satellite, NATO “democracies” showed how much they care not only about the human lives, but about the right of people to be informed, and the freedom of speech. (See “Destruction of Yugoslav Media”)

§  NATO has argued that the attack on Yugoslavia was justified under the 1948 Genocide Convention and other humanitarian principles, as well as under the UN Charter Articles 1, 2, and 55, which speak of self-determination of peoples.

§  NATO actions cannot be justified by the Genocide Convention or the mentioned UN Charter Articles. In the case of the UN Articles, they pertain only to decolonization and not to the right to secede from existing sovereign independent states. In the case of the Genocide Convention, NATO ignores the fact that the Security Council is the only power that can sanction any action taken. NATO did not support the UN Charter Articles and the Geneva Convention – it violated them.

– US+NATO have violated the Convention on Law of Treaties (Vienna 1980) (art. 51 and 52 use of coercion and force to compel a state to sign a treaty)

– France has violated its own Constitution (art. 35).

US together with NATO have committed crimes against humanity and genocide which no countries of the world together have committed. Sadly their atrocities never get Resolutions against them and they continue to hound the world with impunity.

The US-backed India supported Resolution against Sri Lanka is just one such. It showed Sri Lanka their decision had nothing to do with Sri Lanka’s progress post-conflict and that the members that voted for the Resolution cared not that Sri Lanka suffered 30 years of terrorism and thousands of civilians were victims of LTTE suicide bombs and attacks.

Sri Lanka thanks those that voted for Sri Lanka and those that abstained. It showed that at least these members saw the Emperors for who they were.

We have nothing much to say about these Emperors – someday soon their crimes will haunt them and their sins will emerge.

4 Responses to Why is there NO Resolutions against the US?

Home » Why is there NO Resolutions against the US?