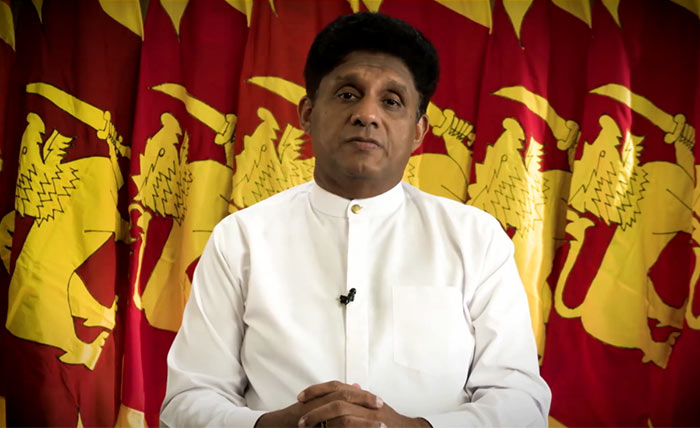 New Democratic Front (NDF) presidential candidate Sajith Premadasa said once voted into office he would appoint a new prime minister who he felt could command a majority in parliament.

Making a special statement today, Minister Premadasa claimed that he would conduct the parliamentary elections at “the earliest”, and appoint a “stable government” that would see only professionals and women entering parliament through the national list.

He reiterated that he will not include anyone who faces charges over corruption and malpractices in his Cabinet.

His remarks came after Prime Minister Ranil Wickremesinghe recently told reporters that he would continue to remain in his position as PM during Premadasa’s tenure as president as well.

Minister Premadasa also pledged to introduce development and social goals, and introduce a special institution in the President’s Office to look into the implementation of the goals and it’s progress independently.

7 Responses to Will appoint a new Prime Minister: Sajith