Mahinda leased over 8,000 acres to US firms – Anura Kumara 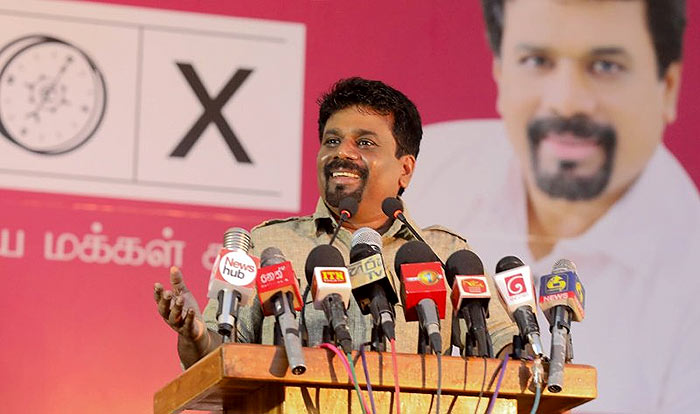 National People’s Power (NPP) Presidential candidate Anura Kumara Dissanayake told a campaign rally in Anuradhapura on Wednesday that a massive land area extending over 8,000 acres was leased out to American companies during the Rajapaksa regime.

He said that former President Mahinda Rajapaksa, who pretends to be perturbed over the MCC agreement with the US, had leased out over 5,000 acres of land in Somawathiya, 2000 acres in Pelwatta and hundreds of acres more in Iginimitiya, to American companies for a song.

Dissanayake said that former Economic Development Minister Basil Rajapaksa had planned to sell all 14 islands off Kalpitiya on the eve of the last Presidential election. “Two islands were sold to two companies in Denmark and India,” he said.

Dissanayake was addressing a NPP rally in Anuradhapura on Wednesday.

The JVP leader said that these lands would be given away to the farming community in the country, if he becomes the President of the country.

Dissanayake also promised that the NPP would make every possible effort to prevent those in power from selling land assets to multinational companies.

He said that his party will not accept the US proposal to amend the rules and regulations with regard to lands in the country through the Millennium Challenge Corporation agreement.

“The intention is to enable the US companies to grab our land assets,” he said.

Home » Mahinda leased over 8,000 acres to US firms – Anura Kumara