Winner of parliamentary majority not our PM: JVP 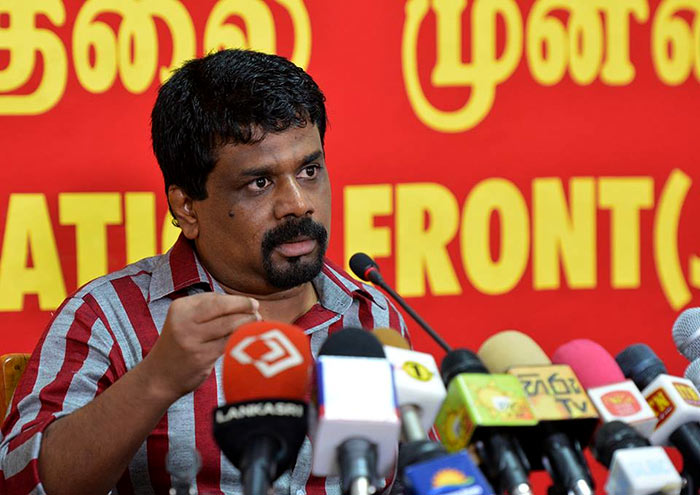 The Janatha Vimukthi Peramuna (JVP) said yesterday people should not accept the person who secures a majority in Parliament because it means that peoples’ representatives were bought over for money to secure the majority.

JVP Leader Anura Kumara Dissanayake told a rally in Nugegoda that if the person who secures a majority in Parliament was accepted as the Prime Minister, it means accepting black money. “It is black money which decides the position of peoples’ representatives in Parliament. These transactions are not done through banks. These transactions are concluded using black the money of smugglers,” he said.

He said Parliament could not be considered as supreme any longer as peoples’ representatives were being bought and added that the President prorogued parliament thereby plunging the country into political chaos.

“Dinesh Gunawardane, who usually requests that parliament convenes even for a minor flood, is silent over this grave crisis,” he said.

1 Response to Winner of parliamentary majority not our PM: JVP

Home » Winner of parliamentary majority not our PM: JVP