Women only train in service from today 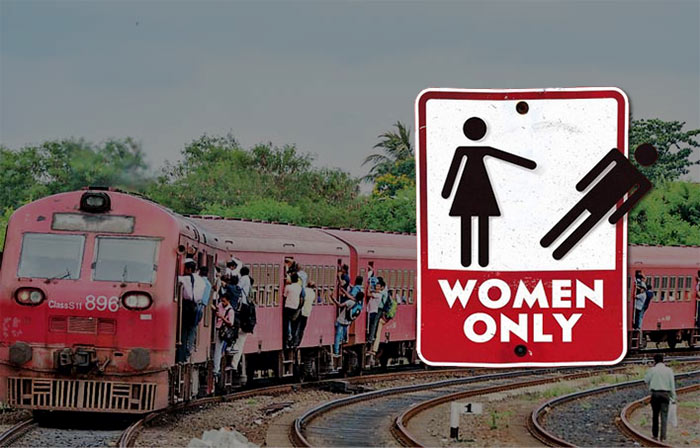 The Ministry of Transport and Civil Aviation has today launched a train compartment service designated for women.

The Women Only compartments launched from today to is in line with the World Women’s Day. And has been implemented as a measure to prevent the sexual harassment and hardship endured by women using public transport.

The Ministry said, as the first stage Women Only compartments will be included in office trains and will be expanded to other trains as well in the future.

First ever local women-only compartments were launched in several Colombo-bound trains departing from Mirigama at 6.30 a.m., Rambukkana at 5.57 a.m., Maho at 4.45 a.m., as well as in Mount Lavinia-bound train leaving from Puttalam at 4.30 a.m., Samudra Devi train and another train departing from Matara at 5.00 a.m. this morning.

1 Response to Women only train in service from today

Home » Women only train in service from today