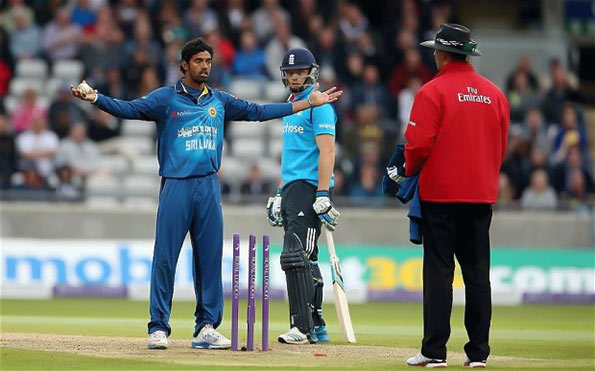 Worcestershire have signed Sri Lanka spinner Sachithra Senanayake as a short-term replacement for Saeed Ajmal. Ajmal, 37, may not be available until later in the season after being named in Pakistan’s squad for the tour of Bangladesh starting next week.

“We are very happy with Senanayake, who is a proven international player,” said Worcestershire director of cricket Steve Rhodes.

Off-spinner Senanayake, 30, has played one Test and 45 one-day internationals.

He appeared in five ODIs against England last summer, but was banned from bowling in July because of an illegal action.

Senanayake, who has never played county cricket, was cleared to return in December after remodelling his action.

Rhodes said: “What we did enjoy last year was a really good balance of our attack with having a spin bowler who could bowl plenty of overs in Saeed.

“His great strength was how he could keep it tight but also attack and we are very optimistic a player like Senanayake can do something similar.

“He’s got a lot to prove in four-day cricket because he wants desperately to get into the Test side.”

Senanayake’s signing is subject to visa approval and receipt of a no objection certificate from Sri Lanka.