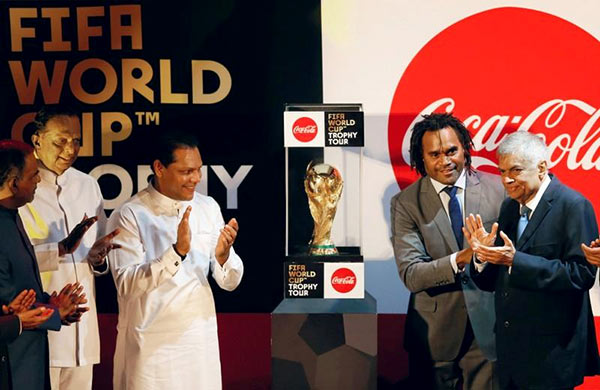 The World Cup trophy has arrived in Sri Lanka for the first time as the most coveted prize in global soccer started a 54-country tour ahead of the 2018 tournament in Russia.

The trophy arrived late on Tuesday and was unveiled by President Maithripala Sirisena and Prime Minister Ranil Wickremesinghe at two separate events with the participation of French 1998 World Cup-winning midfielder Christian Karembeu.

“We are privileged to be selected as the first country on the FIFA trophy’s international tour,” Sports Minister Dayasiri Jayasekara told a gathering as the World Cup was put on display for the public.

The trophy is scheduled to be taken to Male in the Maldives later on Wednesday.