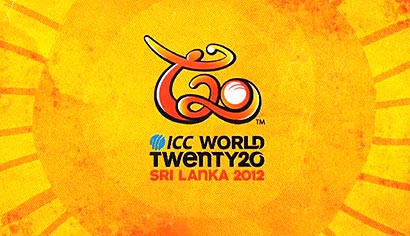 The World Twenty20 explodes into action this week in tropical Sri Lanka with no runaway favourites and upsets likely in cricket’s shortest and least predictable form.

At least half of the 12 participating nations will consider themselves strong contenders to lift the trophy in Colombo on October 7, the others hopeful of living up to the event’s reputation for shocks.

From defending champions England, the powerful West Indies and formidable South Africa to Asia’s top three – former winners India and Pakistan plus Sri Lanka – the field is strong and deep.

The others won’t be taken lightly either, if a string of sensational results in the tournament’s three previous editions are any indication.

While many purists are unconvinced by Twenty20 and fear the impact on Test cricket, there’s no doubting its entertainment value.

It was in the same tournament that Zimbabwe stunned Australia, Bangladesh upset the West Indies and India brushed aside England, South Africa, Australia and Pakistan in successive games to grab the title.

Pakistan won the second edition in England in 2009, a tournament that made a stunning start when the Netherlands, a non Test-playing nation, upset the hosts by four wickets in front of a packed house at Lord’s.

England claimed the 2010 title in the Caribbean but it was Australia’s amazing win over Pakistan in the semi-final that remained the talking point.

With 34 runs needed from the final two overs, Michael Hussey smashed 38 off 10 balls to take Australia home with one delivery to spare.

Only last week, Australia trounced Pakistan by 94 runs after two successive defeats by the same opponents.

“It’s the sort of format where nothing can be taken for granted,” said India’s Dhoni.

“We have seen one ball change the whole game. The idea is to do well for all the 40 overs. That is all that matters.”

The 12 sides have been divided into four pools for the preliminary league, the top two from each advancing to the Super Eights round.

If the seedings go to plan, fans can expect high-voltage action in the Super Eights – a week-long race to the semi-finals and final in the Sri Lankan capital.

England, minus Kevin Pietersen, the West Indies, Sri Lanka and New Zealand are seeded to meet in group one of the Super Eights, with the top two teams making it to the semi-finals.

Group two is already being billed as the “Group of Death”, with arch rivals India and Pakistan seeded to face Australia and South Africa.

“Be ready for a stiff breeze in Hambantota, swing and seam in Pallekele and a good batting surface at the Premadasa (stadium) in Colombo,” the veteran batsman-wicketkeeper said.
“Each venue will have a different challenge and sides will have to adjust accordingly. It will make the tournament more exciting.”AFP,