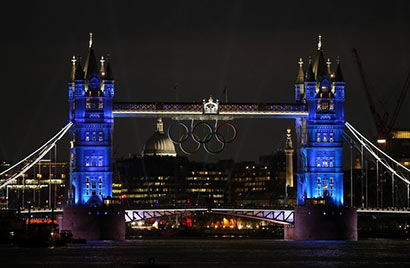 The Queen has declared the London Olympics officially open, before seven young athletes were given the honour of lighting the ceremonial flame.

In a speech watched around the world, Games chief Jacques Rogge said: “The Olympic Games are coming home tonight.”

The identity of who was to light the symbolic flame was shrouded in secrecy ahead of the ceremony.

The group of seven, chosen by British Olympic champions, each lit a single tiny flame on the ground, igniting 205 petals, one for each competing nation or territory.

Long stems then rose towards each other to form a cauldron, signifying unity.

The flame made a dramatic arrival via the Thames on a speedboat carrying Beck ham, who handed the torch to Sir Steve Redgrave.

The show, billed as a quirky take on UK life, started with iconic images of London and Britain being beamed to the world, and all four countries of the UK being represented in song.

The field at the stadium in Stratford, east London, was turned into a green meadow, with sheep, horses, chickens, ducks and geese, among the cast.

The show took the watching world through “great revolutions in British society”, from an agricultural setting through to the Industrial Revolution itself.

Steelworkers began forging material that transformed into golden Olympic rings, which appeared to float into the air to be suspended above the performers.
‘Evening Mr Bond’

There were cheers too as the crowd saw a film featuring an unlikely meeting between the Queen and 007 agent James Bond.

“Good evening Mr Bond,” the Queen said in the clip, before they left together, apparently heading towards the Olympic Stadium in a helicopter.

A helicopter then flew over the stadium to the sound of the Bond theme tune, as two figures parachuted down, one dressed as the monarch.

Mr Bond was not the only much-loved British character to take part. Mr Bean prompted laughter when he stepped up to command an orchestra playing the iconic Chariots of Fire theme.

The ceremony also celebrated the National Health Service by featuring a cast of more than 1,000 volunteers recruited from hospitals across the country, including Great Ormond Street children’s hospital in London.

All the action was played out to a soundtrack of some of Britain’s most iconic bands – including the Clash, the Rolling Stones, Queen, the Sex Pistols and David Bowie – with Sir Paul McCartney performing live at the close of the show.

The athletes taking part in the Games – led, as tradition dictates, by the Olympics’ spiritual home Greece – made laps of the stadium bearing their nations’ flags.

And Wiggins, wearing a yellow jersey, rang the largest harmonically tuned bell in the world to launch the opening ceremony.

As the show, named the Isles of Wonder, began, its artistic director Danny Boyle pledged a ceremony with a theme of “this is for everyone”.

The Oscar-winning film director later tweeted: “Thank you, everyone, for your kind words! Means the world to me.”

Earlier, crowds of people, many of them dressed in their nation’s colours, streamed into the Olympic Park for the show.

The BBC’s Claire Heald, at the stadium, says transport ran smoothly and the crowds moved quickly through security.

The day of celebration began at 08:12 BST (07:12 GMT) with a mass bell ringing. Big Ben rang for three minutes for the first time since King George VI’s funeral in 1952.

The three-and-a-half hour show was rehearsed more than 200 times, with each of the 7,500 volunteers spending on average 150 hours practising during the build-up.

And 12,956 props were used, with the event also boasting a million-watt PA system using more than 500 speakers.

Thousands of fans also gathered at other outdoor locations across the capital to watch the show on big screens. 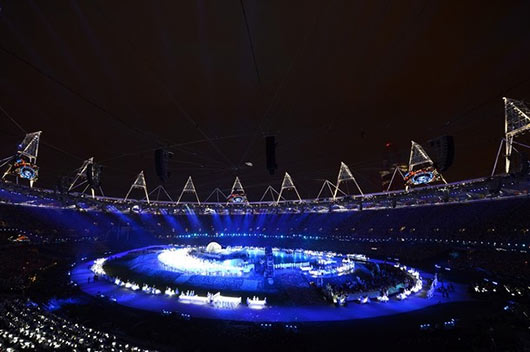 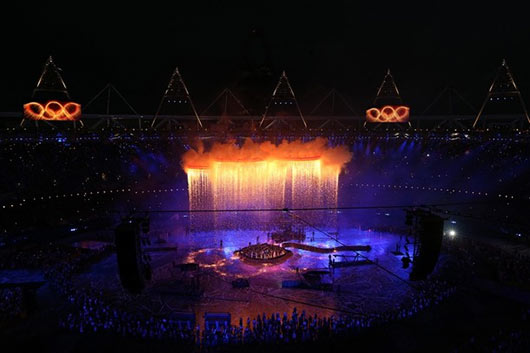 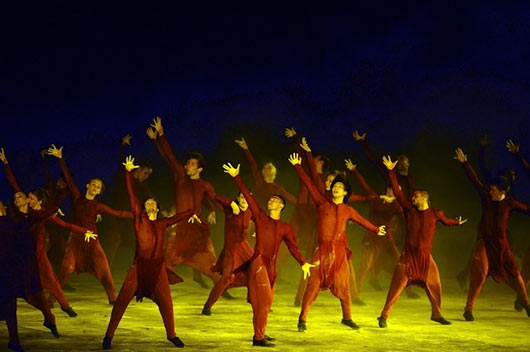 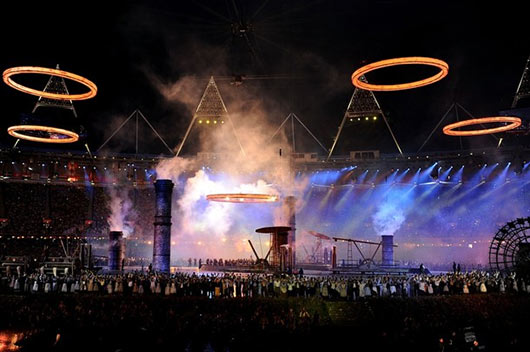