Youth have no faith in politicians – Anura 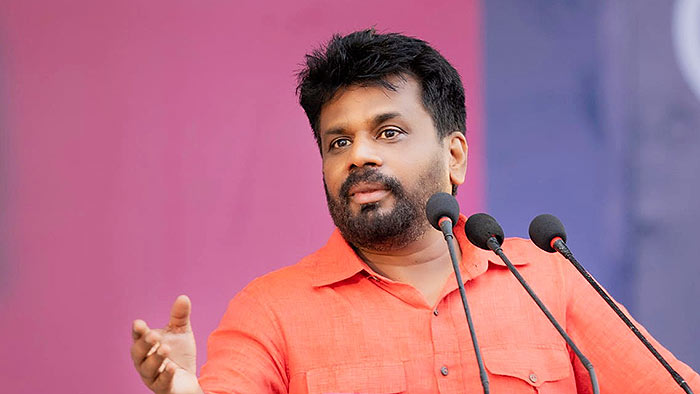 The Janatha Vimukthi Peramuna (JVP) claims the future of the youth has become uncertain due to the short-sighted decisions reached by senior politicians.

Speaking during a media briefing yesterday (June 05), Leader of the Party Parliamentarian Anura Kumara Dissanayake said the youth has commenced the struggle to secure their futures.

The Parliamentarian added that at present, the Head of State is confined to the President’s House while Ministers and MPs are also facing the public’s wrath.

He claimed the Leader of the United National Party Ranil Wickremesinghe took advantage of the situation by accepting the post of Prime Minister.

Furthermore, MP Anura Kumara Dissanayake claimed individuals from the previous government, who were in hiding, were given the opportunity to return to the public with Prime Minister Ranil Wickremesinghe taking office.

He said former Prime Minister Rajapaksa came out of hiding from the Trincomalee Naval Base while the Head of State resumed meetings with state officials.

The JVP Leader is of the view that Premier Wickremesinghe is the ‘Spokesman of the Crisis’ adding however the public is still facing difficulties in sourcing essential items including fuel, milk powder, and gas.

2 Responses to Youth have no faith in politicians – Anura

Home » Youth have no faith in politicians – Anura