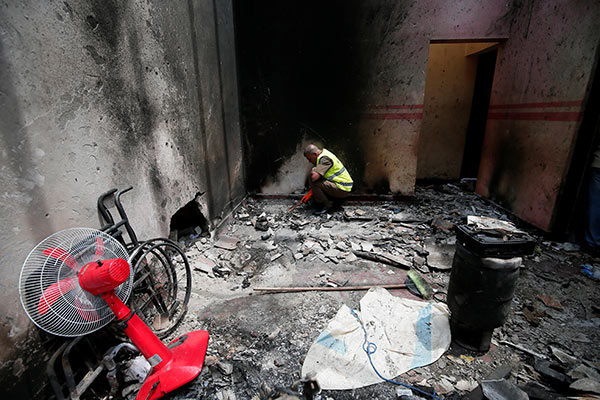 The bodies of ten terrorists, who died following the explosion that took place in a house in Sainthamaruthu, were buried today without religious rituals, Police Spokesman SP Ruwan Gunasekera said.

However, the bodies of the 06 children killed in the Sainthamaruthu explosions were buried as per the religious rites.

Sixteen persons including several suicide bombers were killed following the explosion on April 26 at a house when police hunted for suspects linked to the Easter Sunday bomb attack leader Mohamed Zahran Hashim.

Meanwhile, the elder sister of suicide bomber Mohamed Zahran, Muhammadu Cassim Madania was arrested by the Batticaloa Police yesterday along with Rs 2 million in cash given to her by the terrorist.