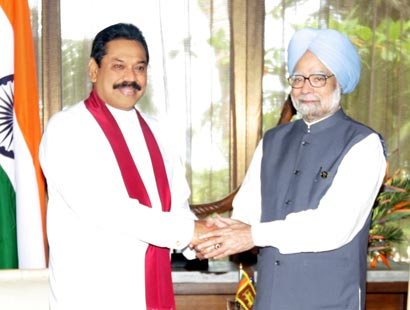 President Mahinda Rajapaksa concluded bilateral talks with his regional leaders this morning on the sidelines of the two day SAARC Summit which is been held in Maldives from 10 November.

President Rajapaksa met Indian Prime Minister Dr. Manmohan Singh at Hotel Shangri La in the Addu Atoll to discuss a host of bilateral issues and strengthening regional cooperation. Both leaders took the opportunity to raise issues related to the escalation of fishermen’s issues, poaching piracy and maritime terrorism in the Indian Ocean. They also discussed Sri Lanka’s political process for ethnic reconciliation and resettlement of displaced. 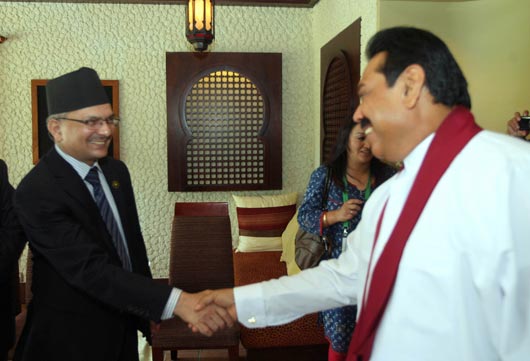 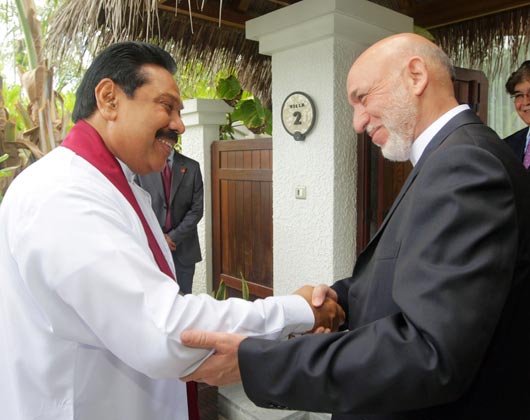 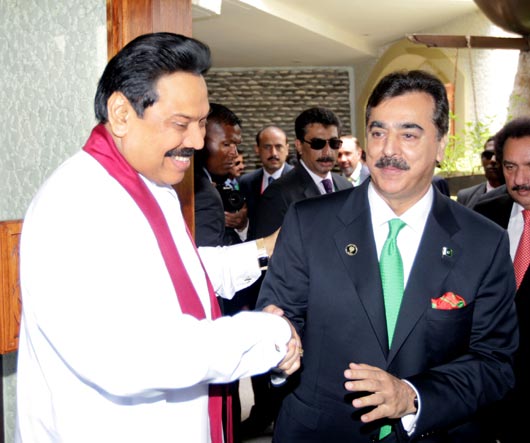 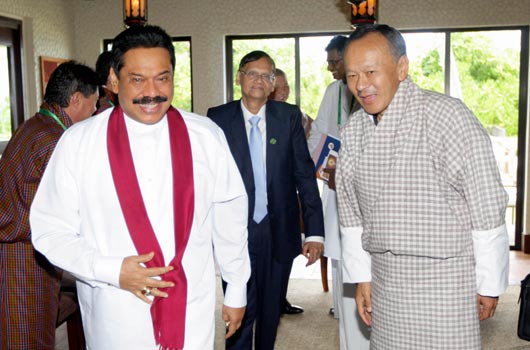