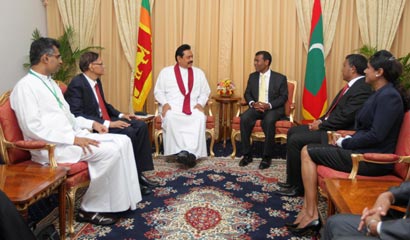 President Mahinda Rajapaksa laid a foundation stone with his Maldivian counterpart Mohamed Nasheed to inaugurate the construction of a concrete Road joining two areas of Addu city in Maldives yesterday on 09 November. The Government of Sri Lanka funds this construction project which joins two areas from Sunset Bridge through Maradhoo and Feydhoo in Addu city.

It will cost US Dollars 10 million to the Sri Lankan government to the construction of the 4.5 kilometer highway. This is the longest road being constructed in Maldives with financial assistance from a foreign country.

After the inauguration ceremony President Nasheed said a high quality asphalt concrete road would be created in the two islands within the next one year. The main road of Hithadhoo will be connected to the Sri Lanka funded new road, which will start from Feydhoo. “Our aim is to establish a transport network by constructing this road, which will serve as the backbone of the network,” he further added.

President Mahinda Rajapaksa also unveiled a lion monument which depicts the culture of Sri Lanka constructed in Maradhoo in Addu City to represent Sri Lanka’s participation in 17th SAARC Heads of State Summit in Maldives. Eight more such monuments have been erected to commemorate the eight countries participating in the two day Summit which begins today on 10 November. 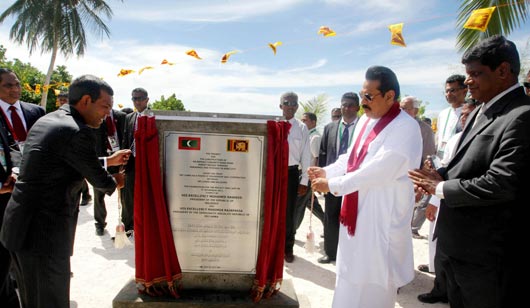 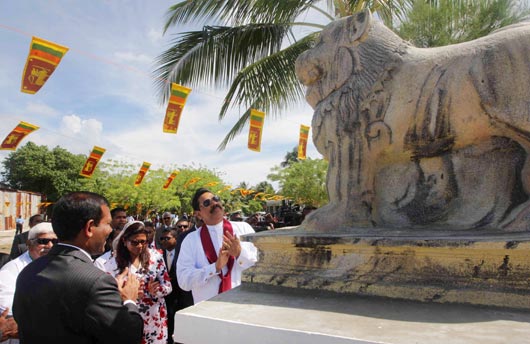 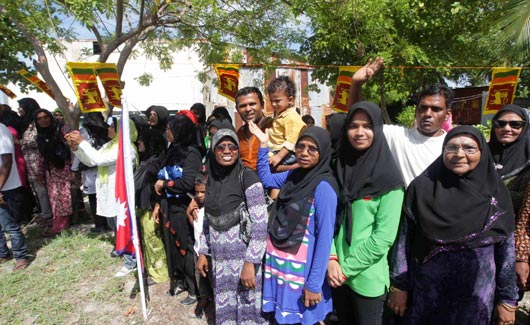 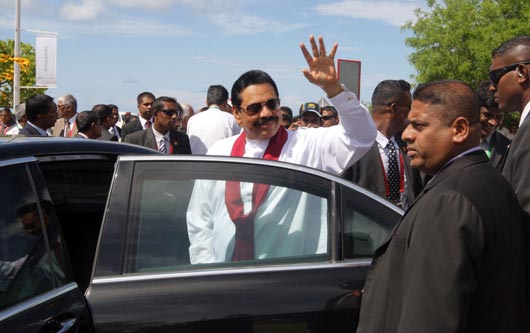