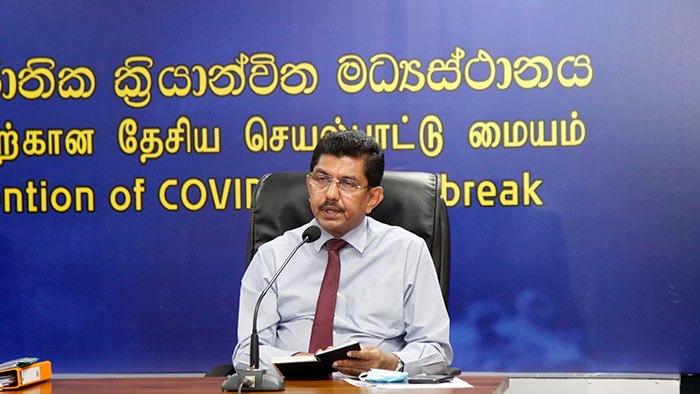 Director General of Health Services Dr. Anil Jasinghe claims Sri Lanka has managed to control the spread of the coronavirus due to certain decisions taken by the government.

Speaking during the daily media briefing at the National Operation Centre for Prevention of COVID-19 Outbreak, Dr. Jasinghe said if the government had failed to take such measures the country could’ve faced an outbreak, adding health services may have been left to deal with a major crisis.

Dr. Anil Jasinghe noted that four hospitals have been opened in districts that have been designated as high-risk zones and said a number of methods have been introduced for the persons who show symptoms of COVID-19 to contact health authorities.

He noted accordingly the Colombo, Kalutara, Gampaha and Puttalam districts have separately designated hospitals located in Beruwala, Homagama, Iranawila and Minuwangoda for suspected COVID-19 patients, adding the measure was taken due to the high number of positive cases identified in the four districts.

Meanwhile the Director General said those who show symptoms such as a cough, fever and breathing difficulties are advised not to visit hospitals before contacting the hotlines 1390 or 1999, in order to obtain advice from doctors as to which hospital they should visit and in which manner.

Additionally Dr. Jasinghe said anyone who possesses a smartphone has the opportunity to consult a doctor via video call, by downloading the ‘MyHealth Sri Lanka’ app.