4,800 state vehicles headed for overhaul or the waste yard 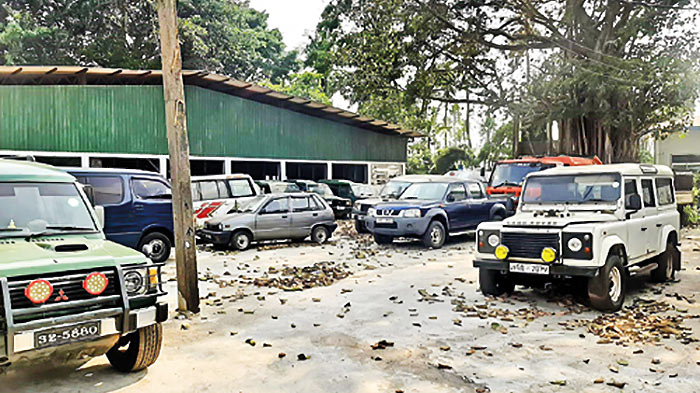 More than 4,800 state-owned vehicles are to be disposed of by April 30 following a government directive to speed up the disposal or repair of vehicles not in running condition owned by all government agencies including provincial councils.

Under the plan, 3,229 vehicles are yet to be repaired, while so far, 844 vehicles have been repaired and 620 disposed of.

A total of 82,194 vehicles are owned by all government institutions.

The Asset Management Circular issued in October 2020 by the Ministry of Finance called for speeding up of the disposal, or repair, of vehicles not in running condition owned by all government agencies including provincial councils.

Vehicles not in running condition were to be either repaired or disposed of by December 31, 2020.

However, this deadline was extended to April 30, 2022, according to the Comptroller General of the Ministry of Finance, Ms K A Ramya Kanthi.

Information regarding the disposal and repair of such vehicles are to be submitted to the Comptroller General’s office.

“Only a few more institutions have to submit this information,’’ said Ms Kanthi when asked about the progress related to the circular.

Government institutions are required to submit proceeds from the disposal to the Consolidated Fund while the proceeds made by provincial councils and agencies under the councils should be submitted to the Provincial Council Fund.

Institutions that need provisions from the National Budget Department for repairs have to fill an annexure with the recommendation of the Comptroller General for the department’s approval. Vehicles used by provincial councils are to be repaired using the Provincial Council Fund.

The circular also says extra vehicles should be allocated to agencies that do not have enough vehicles.

However, Ms Kanthi said: “Vehicles haven’t been allocated yet as we haven’t been informed by ministries about their requirements. She added that due to the pandemic, they have not been able to find ministries that have excess vehicles.

Repairs of all government vehicles from ministries to provincial councils, are done by Lakdiva Engineering Private Limited, under the Ministry of Transport. Currently, they too are facing limitations due to the shortage of spare parts.

“We have been waiting for spare parts for a while because our registered dealers cannot source them,” said Mr Sameera P Somarathna, manager of Lakdiva Engineering.

The company depends on four to five registered dealers for spare parts and due to the difficulties faced, quotations from dealers have been delayed as well.

Mr Somarathna added that in terms of disposal, they are trying to recondition as many vehicles as possible.

Mr Somarathna revealed that before Lakdiva Engineering took over vehicle repairs, it had been done by private garages.

Transport managers of some ministries had asked for quotations of new parts, while in reality, reconditioned parts had been fitted.

Even now some transport managers attempt to do this but are shocked when they find out that Lakdiva Engineering works with the Ministry of Transport, he said. “As a result, they go and complain about our services because they can’t do these underhand things.’’

A Ministry of Health official said: “We aren’t getting new vehicles due to the import restrictions, so we are repairing our vehicles as much as we can.’’

A few vehicles used by the Health Ministry have been given to the University of Moratuwa, to evaluate whether they could be repaired, or disposed of.

According to data from the Sri Lanka Transport Board, 6,951 buses are in use, while 1,705 need to be repaired.

“We are working to repair these buses,” said an official from the SLTB.

Home » 4,800 state vehicles headed for overhaul or the waste yard