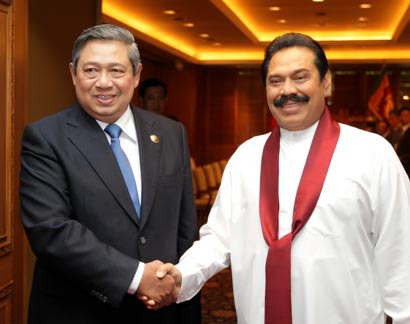 President Mahinda Rajapaksa who is in Indonesia to address the 4th Bali Democracy Forum held bilateral talks with three other participating Heads of State at Bali Westin Hotel today on 08 December.

Bilateral talks have been conducted with the Indonesian President, Dr. Susilo Bambang Yudhoyono, the Qatar Premier, Sheikh Hamad bin Jassim bin Jaber Al – Thani and the King of Brunei, His Majesty Hassan Al-Bolkiah. After the discussion Qatari Prime Minister had agreed to visit Sri Lanka for a 2 day official visit on the 12th of this month.

Earlier on the day President Rajapaksa was warmly received by his Indonesian counterpart, Dr. Sicilo Bambang Yudhoyono at the inauguration ceremony of the Fourth Bali Democracy Forum.

Nine Heads of State and a large number of international delegates have attended this year’s Bali Forum from 54 countries from the Asia Pacific region. Representatives from around 66 countries and international organizations have attended the event as observers. President Rajapaksa will hold bilateral talks with rest of the regional leaders on the sidelines of the two day forum which is been held in Indonesia from 08 December.

Indonesian island, Bali is considered the leading tourist destination in the Republic of Indonesia which consists of around 17,508 islands. 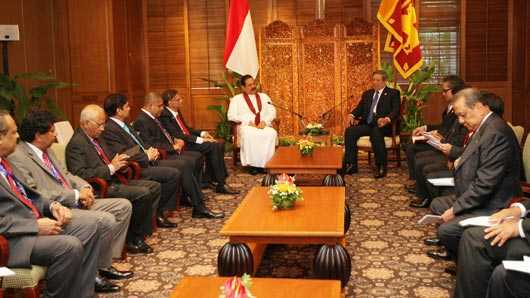 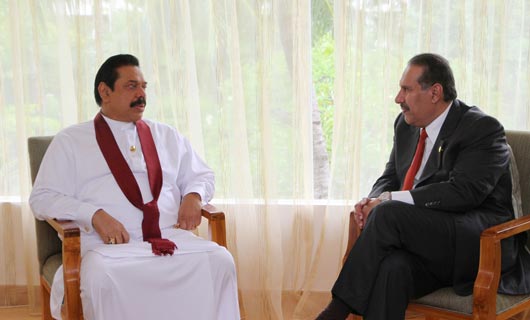