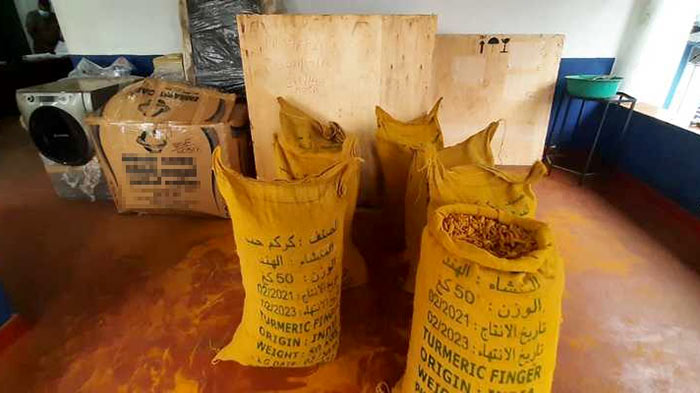 During a search operation carried out by the Kelaniya Police last night, three suspects were arrested in Kelaniya for the possession of 800 kilograms of turmeric that was illegally imported.

The lorry transporting the turmeric consignment and three persons were arrested.

The suspects were revealed to be residents of Wattala, Kadawatha and Colombo.

The suspects will be produced before the Mahara Magistrates Court.