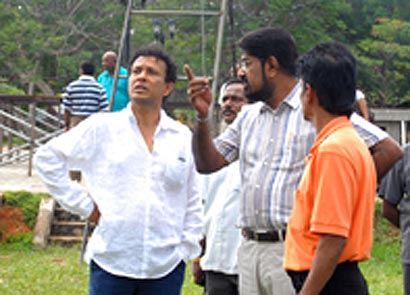 Ceremonial inauguration of second term of office of a President is a tradition world over. But the ceremonial inauguration of the Second Term of Office of His Excellency Mahinda Rajapakse is extraordinary as this moment dawns after obtaining freedom for the second time says Mass Media & Information Minister Mr. Keheliya Rambukwella at the Nidahasa Cultural Exhibition Site at Independence Square, today (13).

He further stated that this government kept a great leap forward by making the Hambantota Port become a reality, which was a dream for nearly 30 years and that the first ship will dock on 19th November 2010.

On 15th November planting of 1.1 million trees throughout the country and many more programmes to mark President Mahinda Rajapaksa’s birthday and inauguration of his second term of office will commence, and “Nidahasa” Cultural Exhibition will be one of the events, the Minister further stated. (Kam.)