A Systematic approach to build a positive future for the youth, President 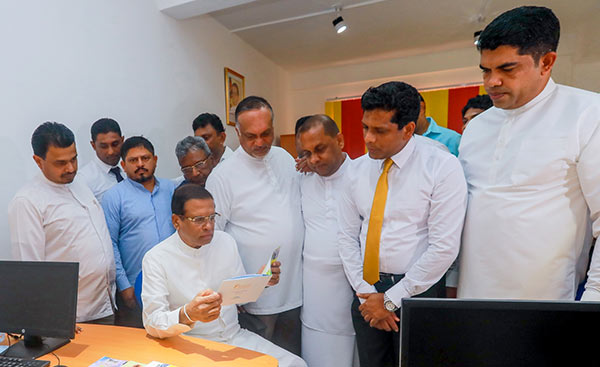 A Systematic approach will be taken to win the challenges in building positive future for the youth, President Maithripala Sirisena said. He made these remarks at the opening of the first National Career Guidance network centre held at Polonnaruwa yesterday (8).

In order to provide permanent solution for the unemployment issue by collaborating with all the employment training centers with the intention to build trained entrepreneurs and with a developed technological approach and to deliver jobs, Sri Lanka career guidance program is to be launched island wide.

The Sri Lankan Career Guidance Network is carried on under the Smart Sri Lanka project conducted by the President’s office. Its objectives include enabling the young people to march forward in a career they choose, entrepreneurial opportunities, job banks and networked professional facts collecting service, enabling to meet the career guidance advisors privately, uplifting the career guidance services in to international standards, building a network of career guidance institutes island wide.

The sustainable development program which was given prominence by the United Nations and guiding the youth towards  the development of sustainable livelihood  eradication of  unemployment from youth, implementing new  industries which can utilize natural resources through proper management, are such global objectives to be accomplished.

Sri Lanka career guidance unit will provide the pathway for the youth to understand where they must prosper in their career and choose a profession that suits their eligibility and to stop seeking the support of politicians to get a job.

President Sirisena who addressed the audience further mentioned that, the major barrier behind developing this country is the change in attitude and the inability to take risks, and that the today’s youth is not ready for that. This new line of projects will be of greater value in leading the youth by providing career guidance. Such career guidance units will be opened in every district within the next three months.

The President who opened the commemoration plaque and opened the career guidance unit engaged in an observational visit in the place. 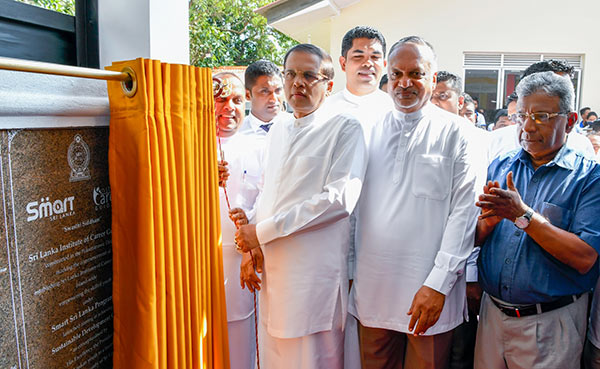 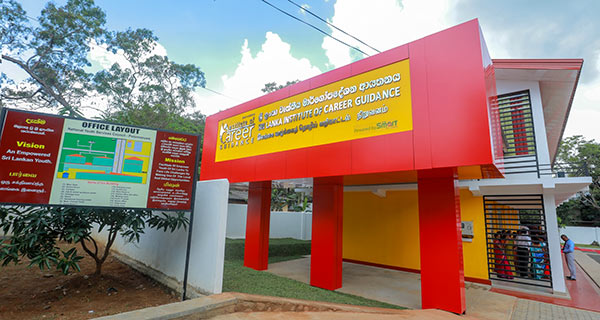 4 Responses to A Systematic approach to build a positive future for the youth, President

Home » A Systematic approach to build a positive future for the youth, President