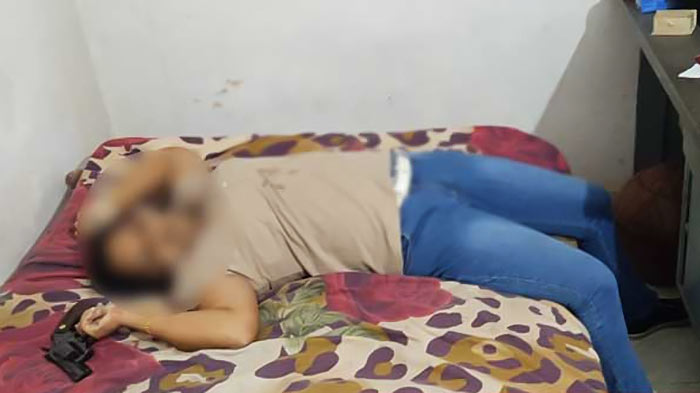 A dead body of a woman has been found inside the main office of Samagi Jana Balawegaya (SJB) at Kalugalla Mawatha in Kegalle this morning (September 01).

According to Police, a pistol was also found near the dead body.

It has been confirmed that the deceased woman is 38 years old and named Sakunthala Weerasinghe was a resident of Habuduwala in Kegalla.

It was reported that the electorate organiser had brought her to the office this morning from her house.

She has been working in that SJB office for a long time, and investigations are currently being conducted as to whether she committed suicide or was murdered.

UPDATE – 03:05 PM: The Kegalle Samagi Jana Balawegaya (SJB) organiser Lakman Dissanayake has been arrested in connection with the death of the woman attached to the Kegalle SJB office.