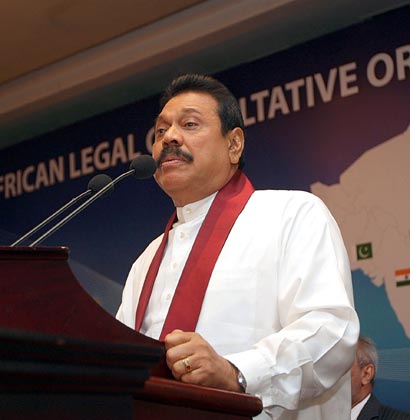 The 50th Anniversary Conference of the Asian African Legal Consultative Organization (AALCO) kicked off at the Cinnamon Lakeside Hotel in Colombo today on 27 June. This is the fourth time that the AALCO annual session is held in Colombo and Sri Lanka is privileged to host the Golden Jubilee Conference.

At the beginning of the sessions, Minister for Constitutional and Legal Affairs of Tanzania and the current President of AALCO, Celina Kombani, handed over the presidency to Sri Lanka Justice Minister Rauff Hakeem. After being appointed as the Chairperson, in his welcome speech Minister Hakeem said he would focus his special attention on the unsolved matters related to the legal sectors of both regions.

The event was jointly organized by the Sri Lanka Ministries of Justice and the External Affairs. Around 200 high level representatives of 47 member states are participating in the five-day conference from 27 June to 01 July to table on matters related to international law and justice. In addition, large number of observer delegations and international organizations also participated.

Sri Lanka was a founder member of the AALCO established in 1956 and the 47 member organization provides a platform for member states to find common solutions in various fields of international law that would mutually benefit the member countries. 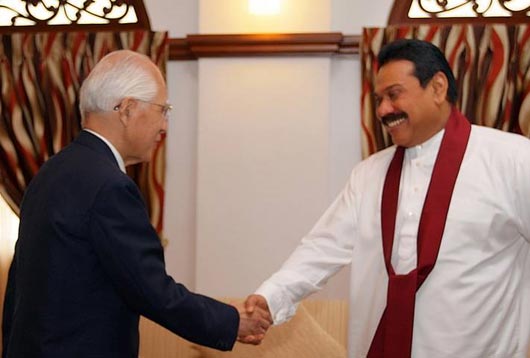 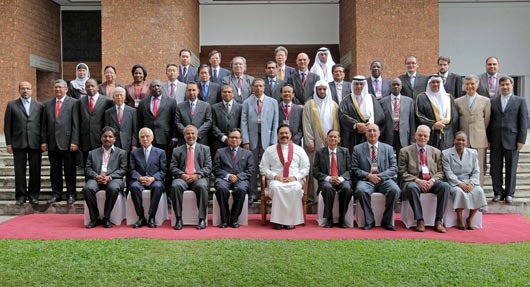