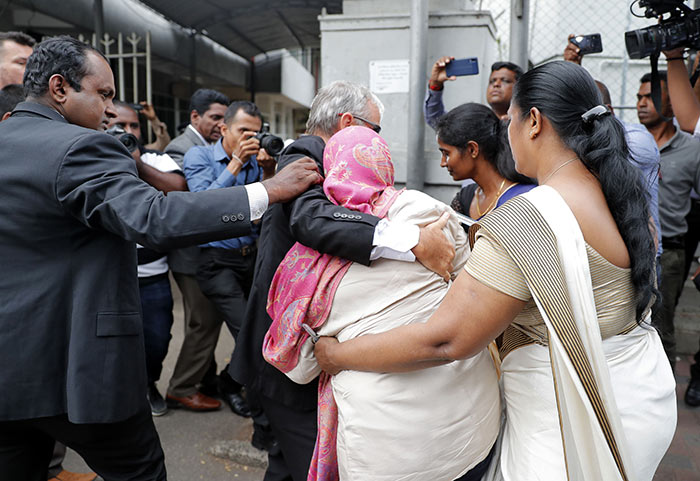 Swiss Embassy local staffer, Garnier Banister Francis, was arrested by the Criminal Investigation Department (CID) on the instructions of the Attorney General a short while ago.

She was arrested after being produced in the National Institute of Mental Health.

The Attorney General has further instructed to name the aforementioned local staffer at the Swiss Embassy as a suspect for a case of exciting disaffection against the Government and r fabricating false evidence to be used in a judicial proceeding.

The Coordinating Officer of the Attorney General had instructed Director of CID on the matter, earlier today (16).

Accordingly, she was arrested and produced in the Colombo Chief Magistrate’s Court.

2 Responses to AG orders for arrest of Swiss Embassy staffer