Agreement with India is betrayal of country 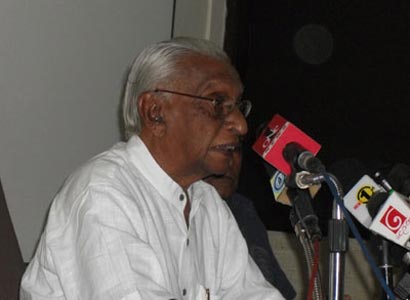 Professor G.L. Peiris signing an agreement with the Indian government is betraying of the country, charges the National Patriotic Movement.

The External Affairs Minister had agreed to comply on several conditions put forward by India during his recent visit to the country, its Chairman Dr Gunadasa Amarasekera accused.

He stated that these conditions include the immediate relaxing of emergency laws, implementing of the 13th amendment, successful completion of current talks with Tamil parties and implementation of agreement such as CEPA (Comprehensive Economic Partnership Agreement).

The country’s determination, independence and integrity are affected through this, a release issued by the National Patriotic Movement reads.

14 Responses to Agreement with India is betrayal of country

Home » Agreement with India is betrayal of country