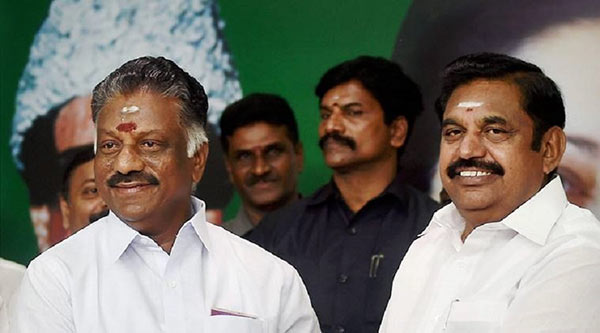 The ruling AIADMK in Tamil Nadu has announced state-wide public meetings on September 25 seeking ‘trial’ of its arch-rival DMK and Congress for “war crimes” against Tamils in the 2009 Sri Lankan civil conflict.

The old political issue has been revived by the AIADMK in the backdrop of the recent remarks of former Sri Lankan president Mahinda Rajapaksa that the Indian government helped his country during the final war against the Liberation Tigers of Tamil Eelam (LTTE) in 2009.

Rajapaksa was at the helm when the nearly three-decade-long ethnic strife in Sri Lanka ended in 2009 with the defeat of the LTTE while the DMK was part of the Congress-led UPA that ruled India then.

Both the Congress and DMK had faced criticism for India’s reported assistance to Sri Lanka then and their failure to prevent casualties of Tamils despite being in power.

The AIADMK Thursday said the meetings would be held demanding punishment to the DMK and Congress as the coalition government at the Centre during that period “helped Sinhalese (Srilankan) Army, in the war held against…Tamils.”

Hitting back, DMK alleged the proposed AIADMK protest was a bid to divert attention from the corruption charges it faced.

The party had on September 19 adopted a resolution at a meeting here alleging that the DMK and Congress were responsible for the killings of thousands of Tamils during the war.

Addressing at a symposium organised by the Virat Hindustan Sangam led by BJP MP Subramanian Swamy in Delhi on September 12, Rajapaksa had said India’s “abiding friendship” was amply demonstrated by its rapid response to Sri Lanka’s needs at the time (2009), both material and moral.

Against this background, the AIADMK resolution had said: “Now that Rajapaksa has openly admitted to all secrets, the DMK-Congress coalition government aiding the killings of 1.5 lakh Tamils and rapes of thousands of Tamil women should be treated as war crimes and those involved should be made war criminals and given punishment.”

Dismissing the charge, DMK spokesperson K S Radhakrishnan listed the “contributions” of DMK for Tamils in Sri Lanka and the “flip-flops” of the AIADMK in the decades old Eelam Tamils issue from the days of late Chief Minister M G Ramachandran.

“Since they (AIADMK regime) face allegations of corruption they are doing this to divert attention and thus have become a laughing stock,” he told PTI.