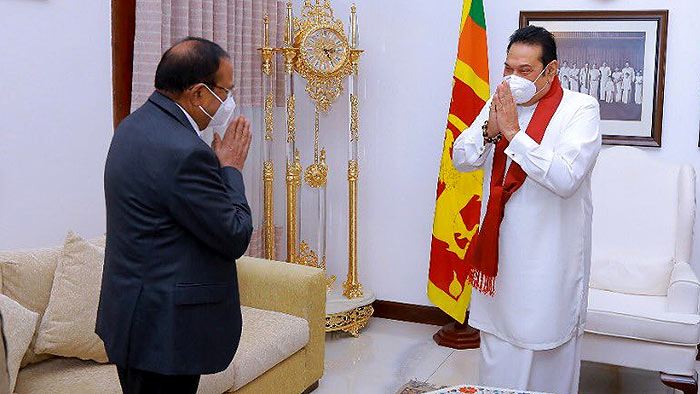 Doval conveyed greetings from Prime Minister Narendra Modi and recalled the contribution of the successful Virtual Bilateral Summit between the two leaders to further advance the “valuable” bilateral cooperation which contributes to peace and security in the region.

The National Security Advisor said the rest of the region was facing the coronavirus pandemic, adding that the economic and social development of countries in the region have to continue despite the pandemic.

The Indian official said although countries in the region, including Sri Lanka and India, have gained economic strength due to foreign workers, the loss of jobs in the wake of COVID-19 and the influx of workers into home countries have reduced foreign exchange earnings.

He said the economy needed to be strengthened in the face of COVID-19, adding that strategies should be identified to revitalize the economy along with other countries.

Ajit Doval urged the Prime Minister to take lead in building a dialogue between countries in the region.