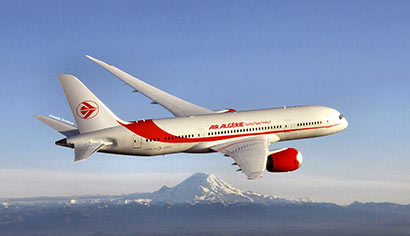 Algeria’s national airline, Air Algerie, says it has lost contact with one of its planes flying from Burkina Faso to Algiers across the Sahara.

Contact was lost about 50 minutes after take-off from Ouagadougou, the airline said.

The passenger airliner was last seen at 0155 GMT, it added. It should have landed at 0410.

Flight AH 5017 had 110 passengers and six crew on board, Spanish airline Swiftair, which owns the plane, said.

The plane is operated by Air Algerie and chartered from Swiftair.

In a statement (in Spanish), Swiftair said that the aircraft was an MD83 and that they were unable to establish contact with the plane.

An Algieran official had previously told Reuters that the plane was an Airbus A320.

The plane took off at 0117 local time and was originally scheduled to land at 0510 local time, it added.

An unnamed Air Algerie company source, speaking to AFP news agency, said: “The plane was not far from the Algerian frontier when the crew was asked to make a detour because of poor visibility and to prevent the risk of collision with another aircraft on the Algiers-Bamako route.”

Algerian nationals were among those on board, Algerian newspaper El-Nahar reported.