All day debate on September 8 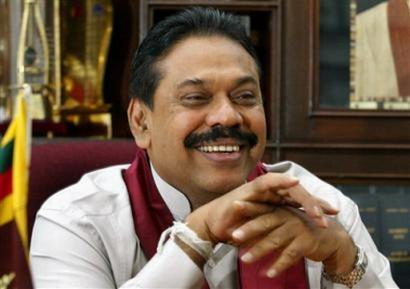 Parliament will have a full day’s debate on the controversial 18th Amendment to the Constitution from 9.30 am to 7.00 pm on September 8.

The decision was taken at the party leaders’ meeting held in the parliamentary complex with Speaker Chamal Rajapaksa in the chair yesterday.

The ruling UPFA wanted to allocate only one day for the debate. However, the main opposition UNP asked the government to increase the number of hours allotted to it at least to debate on these proposals for constitutional changes.

As a result, the party leaders agreed to alter the sitting time of the House from 9.30 am to 7.00 pm.

The UNP has already decided to vote against the 18th Amendment which seeks to replace the present Constitutional Council with the Parliamentary Council comprising five members only. It also provides for the President to appoint members to the independent commissions in consultation with this committee.

The proposed amendment will also remove the constitutional restriction for the President to contest for the third time.

Among the parties in the opposition, the SLMC has already taken a policy decision to vote for the amendment along with the government whereas the Democratic National Alliance (DNA) led by former Army Commander Sarath Fonseka has decided vote against.The ruling coalition is now likely to muster 154 votes in favour of the Amendment with the backing of the SLMC – the latest to join the government’s bandwagon. However, the support from the five leftist MPs of the UPFA still hangs in the balance.

Leftist MP Vasudeva Nanayakkara said the decision would be announced only on Monday.

“We will try to take a common stand,” he said.

The Tamil National Alliance (TNA) also said its decision would be taken on Monday at its parliamentary group meeting.

Parliament will debate the extension of the state of emergency on September 7. On September 9, there will be a debate on the Bill which provides for the establishment of the National Institute of Labour Studies.

Home » All day debate on September 8