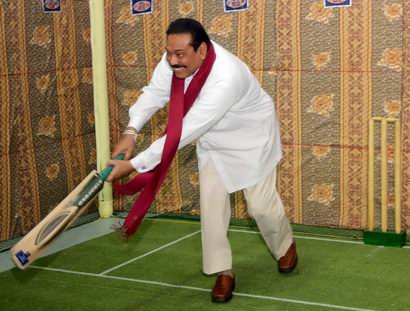 It is not clear who was the bowler while this left hand batsman played few cricket strokes to declare open the Badulla Sports Complex. However it has cost Rs 112 lakhs for SLC to build this indoor facility to improve the level of cricket in the Badulla District. Ministers C.B.Ratnayake, Nimal Siripala, Deputy Minister Dilan Perera, Governour of the Uva Province C.Nanda Mathew, Chief Minister of the Uva Province Shashendra Rajapaksa, President’s Chief of Staff Gamini Senarath and Chief Executive of SLC Ajith Jayasekera were present at the occasion.