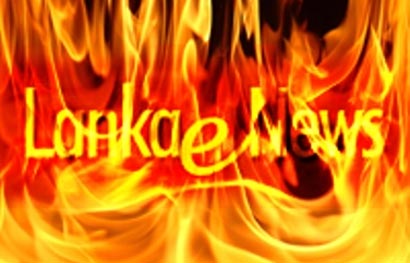 Attorney-at-Law for the plaintiff Bandula Padmakumara, Mrs. K.M. Kumudu Gunawardene stated in the letters of demand that the two news items published on June 24 and July 8 this year referring to her client who does a yeoman service to Sri Lanka’s media sector and newspaper journalism were totally false and malicious and as such letters of demand have been delivered demanding Rs. 500 million on each count. If the respondents fail to pay the compensation within 14 days as demanded, legal proceedings will be instituted to recover same, she said.

Padmakumara who had introduced a number of special features in the past few decades was the founder editor of Lakbima Irida.

He was a pioneer of the Free Media Movement and a founder member of the Sri Lanka Editors’ Guild and its Secretary for two years.

He has been presenting the popular TV program Mulpituwa and Loka Sithiyama during the past eight years.

Meanwhile, Attorney-at-Law Chandana Liyanapatabendi on behalf of ANCL has filed a defamation case against Lanka-e-News demanding Rs. 100 million as compensation for alleged defamation.

The case will be taken up again on December 12.