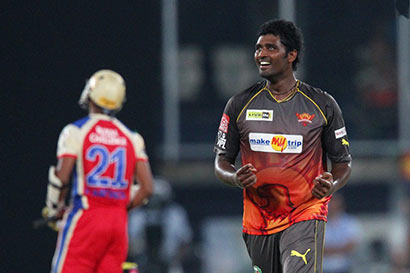 Sri Lanka Cricket announced that the alleged match fixing charges against Thisara Perera in a certain Indian Newspaper, had been totally refuted by the Anti Corruption Unit of the Board of Control of Cricket in India (BCCI).

Sri Lanka Cricket also denied reports that all-rounder was involved in match-fixing during this year’s IPL, saying that it has full faith in its players.

SLC rebuttal comes in the wake of a media report, which stated that a Mumbai-based bookie fixed an IPL match for INR 6 crore after striking deals with four players of Sunrisers Hyderabad, reports indicated.

The players mentioned in the report were Thisara Perera, Hanuma Vihari, Karan Sharma and Ashish Reddy.

The report quoted a bookie, who apparently took the players’ names in his statement to the Mumbai police crime branch, agencies reported.