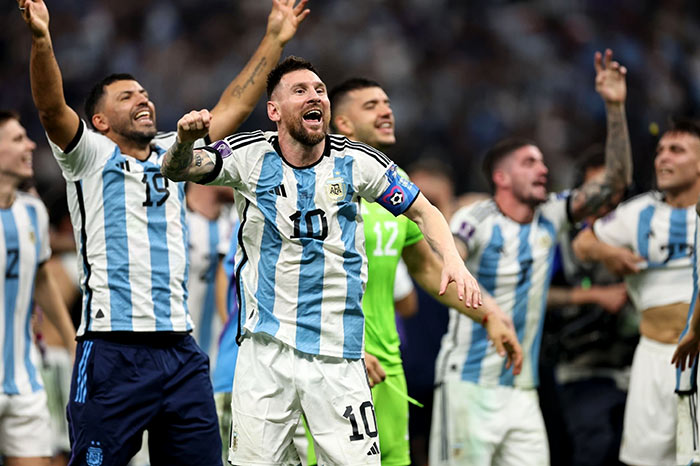 France had come from two goals down to level over 90 minutes with Kylian Mbappe netting twice in two minutes, including an 80th-minute penalty.

The France striker completed his hat-trick in the 118th with another spot-kick after Argentina’s Lionel Messi had tapped in for a 3-2 lead in the 109th.

Argentina had gone 2-0 up in the first half with Messi, making a record-breaking 26th World Cup appearance, converting a 23rd-minute penalty.