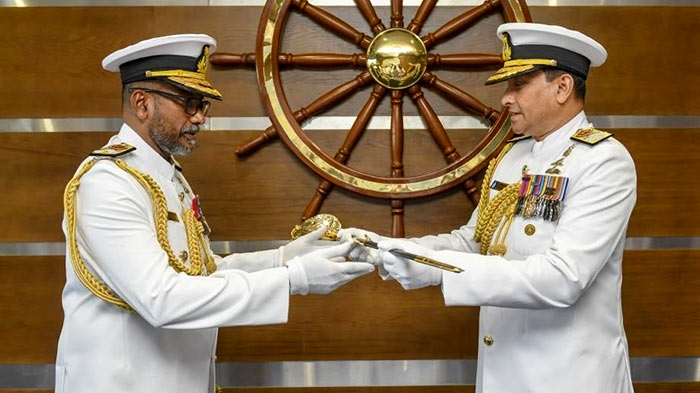 Sri Lankan President Ranil Wickremesinghe has promoted Rear Admiral Priyantha Perera to the rank of Vice Admiral and appointed him as the 25th Commander of the Sri Lanka Navy today (December 18).

Prior to this appointment Priyantha Perera was the Chief of Staff of the Sri Lanka Navy.

President Ranil Wickremesinghe, in his capacity as the Commander in Chief of the Armed Forces, promoted Nishantha Ulugetenne to the rank of Admiral on Saturday (December 17).

Admiral Ulugetenne assumed office as the 24th Commander of the Navy on 15th July 2020.

The outgoing Commander handed over duties of the command to his successor Vice Admiral Priyantha Perera at the Commander’s office in the Navy Headquarters before his departure.