Army to release another 700 acres 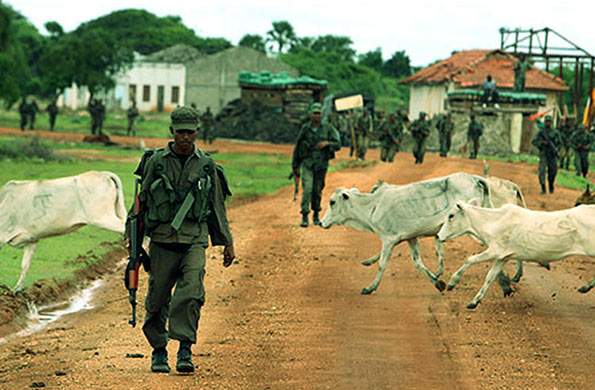 The Army has agreed to release to civilians 700 more acres of private land occupied by it in the Valikamam North area in Jaffna, District Secretary N. Vedhanayagan said.He said this was in response to a request made by him to the military to release 1,500 acres currently held by the Army so that the resettlement of displaced people could be expedited.

The lands located in Keerimalai, Kankesanthurai and Mavaddapuram were highly residential areas before the conflict.
Earlier, the military had released more than 2,000 acres of private land back to the owners. Mr. Vedhanayagan said that the army had requested the Lands Commissioner to permit it to continue to hold 1,000 acres for national security purposes in the Valikamam North area. This is out of a total of more than 4,000 acres currently held.

The resettlement of the displaced people in the Jaffna peninsula is due to be completed by the end of March next year.

Home » Army to release another 700 acres