Asia will bail out the world, if it is allowed to frame the rules: Sri Lanka PM 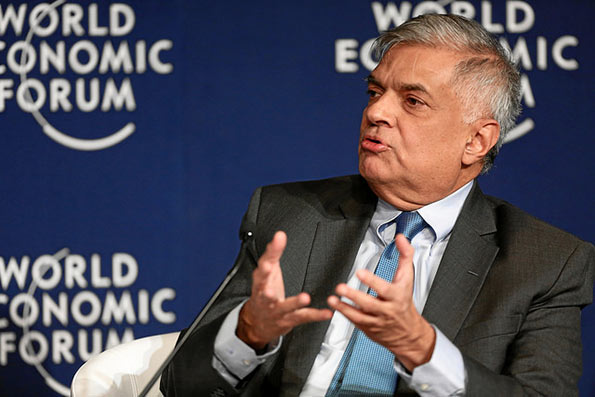 New Delhi: Sri Lankan Prime Minister Ranil Wickremesinghe today marked out India and China as the only countries that can drive economic growth across the globe, saying manufacturing companies have no other place to go.

Critical of the western nations over selective treatment on framing economic policies, he said: “Asia will bail out the world (from the economic crisis), if it is allowed to frame the rules (policies).”

“WEF in Delhi this year says the world is expecting India to translate potential into action… we are at threshold of another historic moment. If the pace of reforms fails to pick up, companies may look elsewhere. Where elsewhere? It has to be India or China. That’s the hard truth. There is no other place to go today,” Wickremesinghe said here.

Speaking at the India Economic Forum, organised jointly by WEF and CII, the Sri Lankan Prime Minister singled out the West for favouritism.

“The rules were written by the West on globalisation, and we have (been) only played by it. When people here went and deposited part of their funds and assets in western countries, no one complained. When their own people (western countries) started going to Switzerland, they started complaining…,” he added.

Asia will bail the world out… Otherwise, we create our own systems here (Asia). A very, very stable system.”

Speaking about Sri Lanka’s economic engagement with the US, he said both will take the process further after the presidential elections in the North American nation.

We have kept 500 acres of land for a gold course and Trump towers,” Wickremesinghe said, jokingly referring to Republican US presidential nominee Donald Trump, who is locked in a tight battle with Democrat Hillary Clinton.

With India, he said, Sri Lanka will ink the Economic and Technological Cooperation Agreement (ETCA) this year.

Earlier at the summit, Commerce Minister Nirmala Sitharaman said that in “not so encouraging” global economic environment, South and South-East Asia are going to be the “engine of growth” for the world. She was clear that India is committed and driven towards “equitable and inclusive” growth.

Harvard economist Gita Gopinath felt that India needs to ensure it can manage 8 per cent growth over a couple of decades. Paytm CEO V S Sharma was of the view that “the fourth industrial revolution” will depend on affordable and accessible Internet for all. According to Niti Aayog CEO Amitabh Kant, the country needs a radical restructuring of education and health sectors to sustain growth momentum.

5 Responses to Asia will bail out the world, if it is allowed to frame the rules: Sri Lanka PM

Home » Asia will bail out the world, if it is allowed to frame the rules: Sri Lanka PM