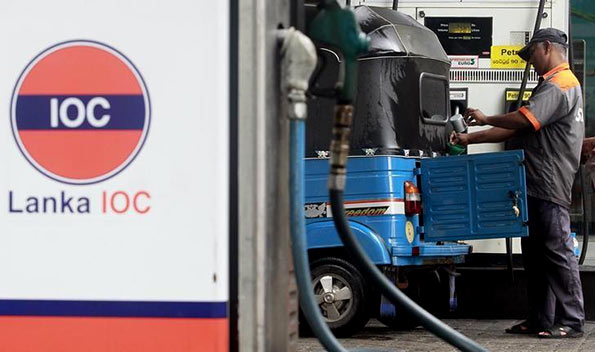 Sri Lanka will build a second refinery with a capacity of at least 100,000 barrels per day (bpd) in a tie-up with Indian Oil Corp, a top Sri Lankan official said on Thursday, a move that strengthens New Delhi’s engagement with Colombo.

India has been vying for major projects in the island nation where China has secured multi-billion dollar infrastructure projects including a $1.4 billion high-end property development and others ranging from a coal plant to ports.

T.G. Jayasinghe, the head of state-run Ceylon Petroleum Corp (CPC) said the new refinery will be built at the eastern port city of Trincomalee with the aim of exporting fuel.

“Usually it takes four years to build a refinery,” he told Reuters adding that oil tanks for storage were already in place.

Lanka IOC was given control of the Trincomalee oil tank farm in 2001 under a 30-year deal and the government has asked the company to jointly develop and operate the unused 84 tanks.

Oil Minister Chandima Weerakkody said Sri Lanka will refurbish the existing refinery to refine “a variety of crudes” and will award the contract through competitive bidding.

Weerakkody said the cost of the second refinery had yet to be determined. In August he told Reuters China and U.S. had also expressed an interest in building refineries.

He also said his New Delhi counterpart Dharmendra Pradhan had indicated on Thursday that the Indian government had agreed to convert a 500 megawatt coal power plant in Sampur in Trincomalee to natural gas.

The coal project has already been given to Indian state-run utility firm NTPC. However, residents in Sampur have opposed the project, citing environmental concerns.

“It will definitely be an Indian company that will convert Sampur (plant) into gas,” Weerakkody told Reuters.

India’s oil minister said India will help Sri Lanka increase its use of the cleaner fuel.

1 Response to Sri Lanka to build 100,000 bpd refinery with India