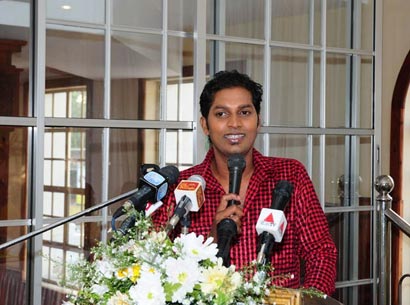 “The two policemen have been arrested for further investigations and prosecution,” IGP Balasuriya said.

Meanwhile, a Presidential Secretariat source said President Mahinda Rajapaksa had instructed Police Chief Mahinda Balasuriya to conduct a thorough investigation into the incident and take action against the policemen who had attacked Premaratne.

Mr. Premaratne has allegedly been attacked at the Panadura police station on Sunday by a group of traffic policemen following an argument.

“I was returning home with my wife and brother in law after attending a wedding at Wadduwa. My car was stopped by two traffic policemen near the clock tower at Panadura town and asked why I did not stop the vehicle when they asked to do so. I told them I did not see them flag me down to stop the car. Then they rudely asked me to come to the police station,” Mr. Premaratne said.

The policemen had attempted to arrest him after abusing him. When he attempted to take a call to his superiors, he had been assaulted by two other police men, he said.

“Then I got myself admitted to the Panadura base hospital and from there transferred to the Kalubowila hospital,” Mr. Premaratne said.

He said his gold chain and mobile phone had gone missing following the incident.

Kalubowila Hospital director Dr. Anil Jasingha said Mr. Premaratne had suffered injuries to his face, neck and mouth and was under medical observation.