Australia tougher than ever on illegal boat arrivals 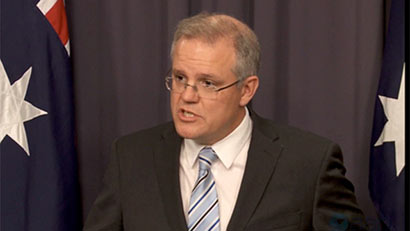 Anti-people smuggling measures the Australian government had introduced, including a ban on permanent protection visas for people who arrived before July 19 this year, demonstrated the strength of the government’s resolve, Immigration and Border Protection Minister Scott Morrison said.

The tough new measures for illegal boat arrivals were announced on December 3.

Anyone who arrived in Australia before July 19, 2013 is subject to tougher rules: no more permanent protection visas will be granted. “We will never allow people who come illegally by boat to settle here,” Morrison said.

“Our resolve has not wavered. There are no exceptions.” Morrison said the Australian government’s message is crystal clear: you should not come because you will not be allowed to stay. “Anyone who arrives by boat illegally will be sent to Papua New Guinea or Nauru, Morrison said.

Home » Australia tougher than ever on illegal boat arrivals