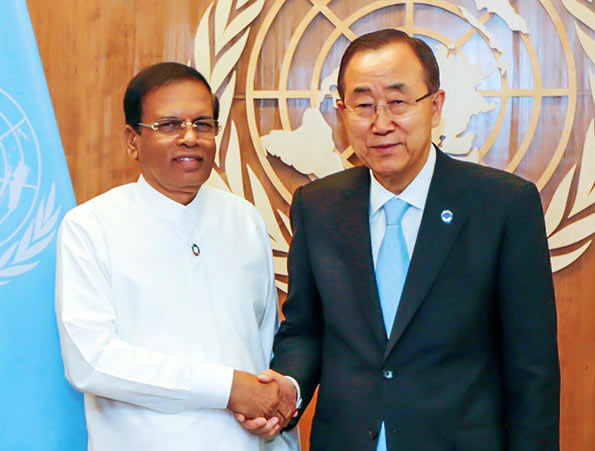 He made these remarks when he met with President Maithripala Sirisena in New York,  on September 22.

President Sirisena commended the great service rendered by the U.N. Secretary-General Ban Ki-moon to Sri Lanka, U.N as well as for the entire world and also particularly highly valued the service rendered through the Paris Convention by him.

Similarly, the President  extended his gratitude to the United Nations, including all the affiliated organizations of it, for the assistance given by them to Sri Lanka.