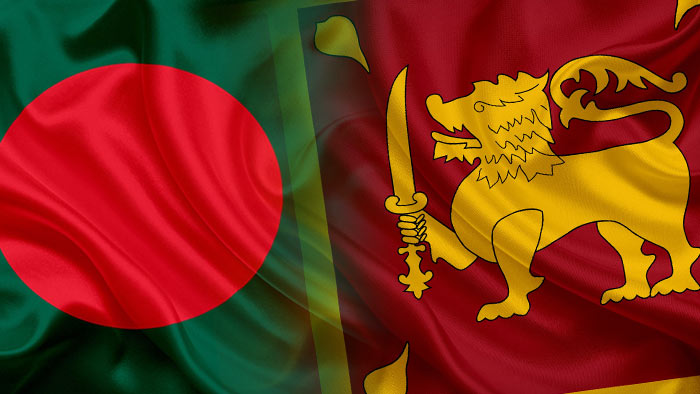 Bangladesh is hopeful that Sri Lanka will repay the debt of $200 million that it owes to the country by March 2023.

Abdur Rouf Talukder, governor of Bangladesh Bank, provided a positive outlook on the matter after a meeting with his Sri Lankan counterpart Nandalal Weerasinghe in the United States.

The central bank chief travelled to Washington, DC, to attend the Annual Meetings of the International Monetary Fund and World Bank.

The two governors held a discussion on the sidelines of the seven-day event which began at the World Bank headquarters on Tuesday.

Speaking to reporters on Thursday, Talukder said, “We [Bangladesh] gave $200 million to Sri Lanka under a currency swap agreement. But due to Sri Lanka’s economic crisis, they could not return the money on time.”

In light of the crippling economic crisis that gripped the island nation, Bangladesh twice extended the deadline for repayment on Sri Lanka’s request, Talukder noted. “Sri Lanka is supposed to return it in three instalments in February and March 2023.”

On the talks with Weerasinghe, Talukder said, “We had a very good meeting. The governor assured me that they will meet the deadline for repayment. They are now restructuring their debts and have spoken to India, Japan and China about it.”

“And Sri Lanka is also working on a deal with the IMF that has also been roughly confirmed. A final agreement on the program will probably be reached between November and December.”

Last year, Bangladesh agreed to give Sri Lanka loans of at least $200 million from its foreign exchange reserves under a currency swap deal.

The credit was to be repaid in instalments over three months, the central bank said at the time. But as the economic and political crisis in Sri Lanka worsened, its external debt became unsustainable. With political stability gradually being restored, Sri Lanka is now moving towards repaying its debts.

Central bank governors from Commonwealth countries are also holding a meeting on Friday. Bangladesh has been given the opportunity to chair the meeting, according to Talukder.

The governor is leading an 11-member Bangladeshi delegation at the annual event in place of Finance Minister AHM Mustafa Kamal, who could not make the trip.

Talukder also met the vice chairman of the US banking giant JPMorgan and the managing director of Standard Chartered’s Asia-Pacific region.

“They want to offer various facilities to Bangladesh. We told them that we appreciated their interest. If we increase the size of our loans in future then why not. We asked them to support our private sector.”