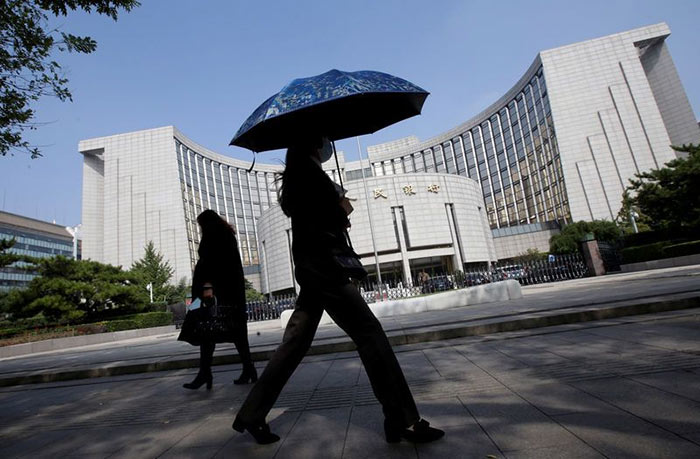 A $300 million loan offered by Bank of China to Sri Lanka is facing delays, government officials familiar with the negotiation told Reuters.

The Indian Ocean island nation, a key battleground in the tussle for influence in South Asia between China and traditional regional power India, was due to receive the loan before the end of January, but it is now unlikely to be finalised until later this month, according to four officials.

R.H.S. Samaratunga, secretary to the finance ministry and treasury, said Colombo expected a response from the bank by Feb. 20, meaning the loan may not be finalised for several more weeks.

“They had asked a few questions and we have responded,” he told Reuters. “Then they said they will come back. But now they say they want to consult their head office.”

Sri Lanka is seeking the loan, which it said could be raised to $1 billion by the end of March, as it struggles to repay foreign debts after a political crisis delayed the government’s borrowing plan.

The country is due to repay a record $5.9 billion this year, including $2.6 billion in the first three months.

“Usually if Chinese banks promise a loan, they give it quickly and on time,” a top government official who is aware of the negotiation told Reuters.

The official said the negotiation, which was due to be closed in the last week of January, had dragged on after the Chinese bank had asked for “in-depth and lengthy data unlike in the previous negotiations” to compile the loan, and the finance ministry needed more than a week to compile the data.

A third official, who is also involved with the negotiation, said Sri Lanka was likely to receive the loan by the end of February, “if all goes well”.

“We can only start negotiations after Feb. 14 due to Chinese New Year holidays. Then we need to go through cabinet approval,” he told Reuters, asking not to be identified because he is not authorised to talk to the media.

A fourth official said the government would negotiate on increasing the loan to $1 billion separately after receiving $300 million.

Officials from the Bank of China were not immediately available for comment.

On Jan. 17, central bank chief told Reuters that the country would receive a $300 million loan from Bank of China before the end of January and another $700 million by end-March.

Sri Lanka’s top court then ruled the dissolution of parliament was illegal and Wickremesinghe was reinstated in December, but the seven-week-long crisis has strained state finances.

A series of credit rating downgrades during the crisis has made it harder for Sri Lanka to tap international capital markets.