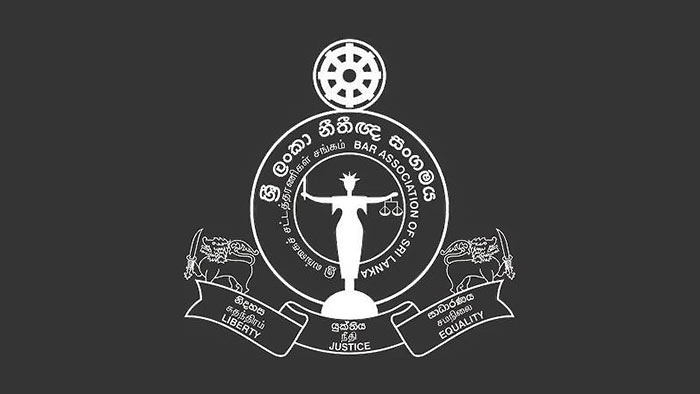 Expressing its views regarding the order issued by the President Ranil Wickremesinghe declaring High Security Zones in Colombo district, the Bar Association of Sri Lanka (BASL) announced that it would take appropriate legal action to safeguard the people’s Fundamental Rights.

The BASL noted that under the cover of the purported order under Section 2 of the Official Secrets Act, there is the imposition of draconian provisions for the detention of persons who violate such orders, violating the freedom of expression, the freedom of peaceful assembly and the freedom of movement all of which are important aspects of the right of the people to dissent in Sri Lanka.

The BASL stated that the purported Order imposes stringent provisions in respect of bail by stating that a person taken into custody in connection with an offence under the said orders shall not be granted bail except by a High Court. The BASL further noted that the Official Secrets Act contains no such provisions, and in fact Section 22 of the Act empowers a Magistrate to release a suspect on Bail. As such the purported order seeks to significantly curtail the liberty of the citizen, without any reasonable or legal basis.

The said order by the President purports to prohibit public gatherings or processions whatsoever on a road, ground, shore, or other open area situated within such High Security Zones without the permission of the Inspector General of Police or a Senior Deputy Inspector General. it also Prohibits the Parking of vehicles within the zone unless reserved for parking by the Competent Authority or under a permit issued by him such Competent Authority being the Secretary to the Ministry of Defence.

The BASL said it continues to remind the authorities including the President of the wisdom found in the Judgement of the Supreme Court in the ‘Jana Ghosha’ case of Amaratunge v Sirimal and others (1993) 1 SLR 264 which states as follows: “Stifling the peaceful expression of legitimate dissent today can only result, inexorably, in the catastrophic explosion of violence some other day.”